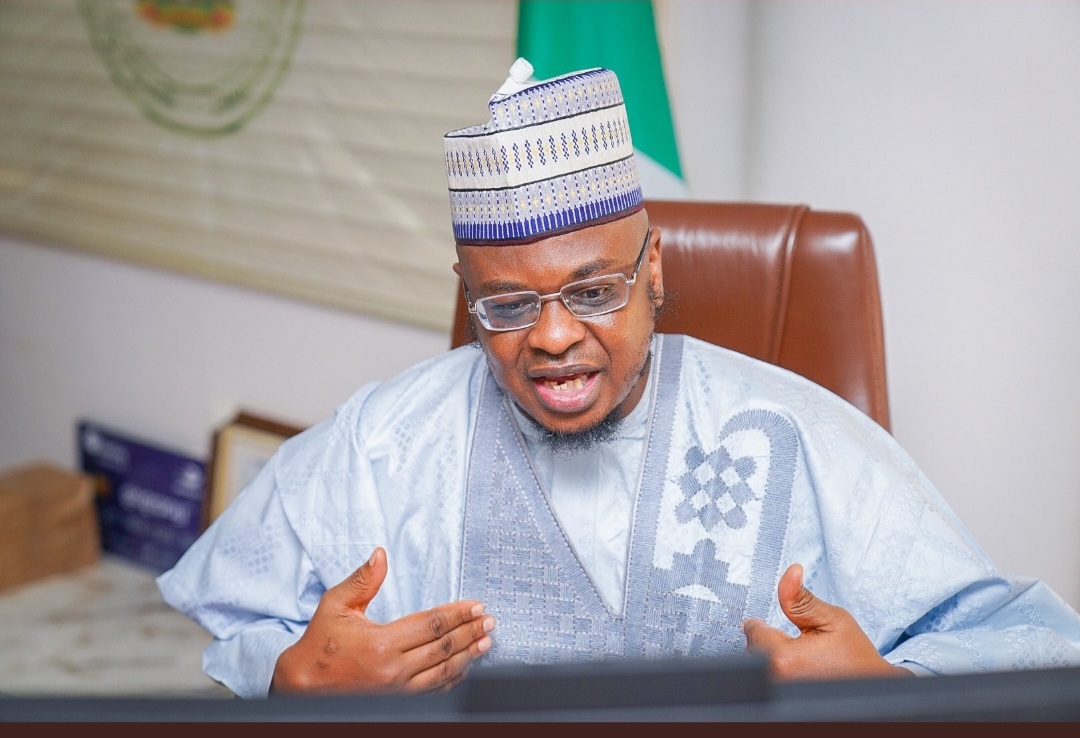 Prof. Isa Pantami, Minister of Communications and Digital Economy (FMCDE), said the IT sector consistently contributed to the Gross Domestic Product (GDP) of Nigeria, with 18.44 percent in the second quarter of 2022.

Pantami said the sector was fast moving towards the actualization of the government’s digital economy agenda with the implementation of the National Digital Economy Policy and Strategy 2020-2030 (NDEPS).

The minister said that in different quarters of 2020, 2021, and 2022, the sector had contributed immensely to the GDP, thereby making it the sector with the highest contribution.

“The ICT sector provided three unprecedented contributions to the GDP of the country in the last three years.

“At each time, these numbers were the highest ever contribution of the ICT sector to the GDP,’’ he said.

According to the minister, the ICT sector grew by 14.70 percent in the fourth quarter of 2020.

He said it made it the fastest-growing sector of the Nigerian economy in the last quarter of 2020 and the only sector to have grown by double digits.

Pantami added that in 2020, the sector played a critical role in enabling Nigeria to exit the recession.

He said: “The quarterly revenues also generated for the Federal Government rose from N51.3 billion to N408.7 billion, through spectrum sales and taxes from the sector.’’

The minister further said that the ministry was recently assessed for its performance by the Foreign, Commonwealth, and Development Office (FCDO), UK, and KPMG, among others.

The assessment, he said, was in partnership with the Office of the Secretary to the Government of the Federation in the Presidency.

Pantami said: ”Being assessed on the output indicators and milestones for the eight ministerial deliverables, the ministry obtained the highest grade in each of the deliverables.

”The ministry scored 134 percent on the Implementation of Broadband Connectivity, 127 percent on the deployment of 4G across the country, and 99 percent on Digitalising Government functions and processes.

“Improvement and optimization of revenues from all operators and licensees in the agencies under the Ministry’s supervision -594 percent, Active collaboration with the Private Sector to create jobs – 111 percent.

Some of the policies that saw the development of the sector, he said, included: the NDEPS 2020-2030, the Roadmap for the Implementation of the NDEPS, and the SIM Card Registration Policy.

According to him, the signing of the NSA as principal legislation was a major achievement that will significantly enhance the innovation and entrepreneurship ecosystem in Nigeria.

Over 863,372 citizens benefited from digital skills programs and we have agreements with leading global companies like Microsoft and Huawei, to train millions of Nigerians.

“The percentage of 4G coverage across the country also increased from 23 percent to 77.52 percent.

“The cost of data has crashed from N1,200 per Gigabyte to about N350, making it easier for Nigerians to connect to the Internet.”

Pantami said that the ministry had also developed an IT clearance portal to support inoperability, eliminate duplication and ensure value for money in the implementation of ICT projects in the country.

He said that the quarterly savings from the IT Projects’ Clearance Process rose from N12.45 million to N10.57 billion.

The minister further said that they created a pool of Innovation Driven Enterprises (IDEs) to accelerate the development of Nigeria’s digital economy, while 355,610 direct and indirect jobs were created.

“The drafting of the data protection bill has reached an advanced stage and the Digital Identity enrolments have also been very successful, with NINs rising from less than 40 million to over 90 million.

“We have been very active in the emerging technology space and even established the National Centre for Artificial Intelligence and Robotics (NCAIR), the first of such centers in Africa,’’ Pantami said.

According to him, the ministry had developed a policy for promoting indigenous content in the telecom sector to complement similar efforts that focus on the information technology sector.

He said that it was important to stem the tide of capital flight, amongst other things.

Pantami said the efforts of the ministry continued to play a critical role in the development of the different sectors of the economy.

He called on all stakeholders to persistently support the government to further accelerate the development of the sector.

AEDC disconnects power supply to Niger and its ministries over N1.3bn debt