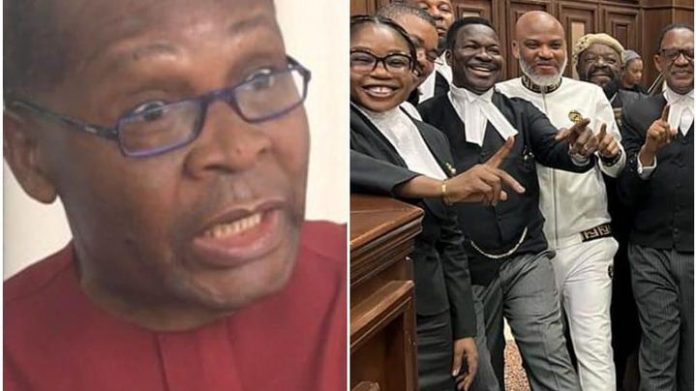 Joe Igbokwe, an aide to Governor Babajide Sanwo-Olu of Lagos State has lambasted popular lawyer, Mike Ozekhome and other lawyers to the leader of the outlawed Indigenous People of Biafra (IPOB), Nnamdi Kanu.

National Daily reports that despite being denied bail by the Federal High Court in Abuja on Wednesday, the IPOB leader posed for photographs with his lawyers in court.

In the viral pictures, the Biafra agitator and his lawyers were in a happy mood after the federal government withdrew its amended charges against Kanu. Reacting to the development in a post on his Facebook page on Thursday, Igbokwe, a fierce critic of the IPOB, slammed Kanu and his lawyers for posing for pictures while the South East is being ravaged by criminals.

The Special Adviser on Drainage and Water Resources to the Lagos governor added that Kanu’s lawyers were being insensitive to the killings and violence ongoing in the South East. 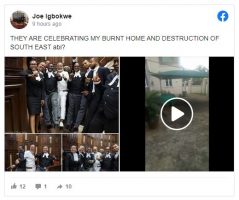 He wrote: “The South East is in a mess, people are being killed, businesses in ruins and we are here celebrating mediocrity and smiling away our collective shame. We will receive sense by force.”