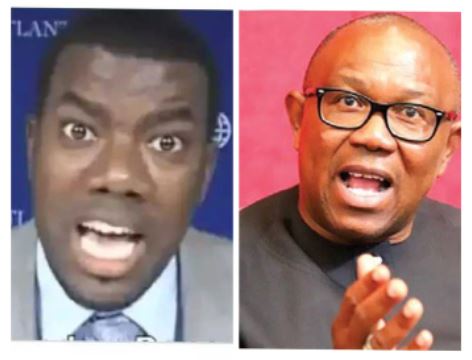 A certain post made by Demola Olarewaju, a well known supporter of Atiku on Twitter, caused some disturbance on social media. According to the Mr. Olarewaju, it was Mr. Peter Obi who drove Late Chukwuma “Kaduna” Nzeogwu, who was a military officer and revolutionary, during the first military coup d’ètat in 1966. Popular Activist and lawyer, Reno Omokri has recently reacted to this serious rumor/accusation made by Mr. Olarewaju. He made a post on Twitter stating his opinion on the matter. According to Reno, Peter Obi cannot be able to drive Nzeogwu in 1966 because he was just 5 years old then as he was born in 1961.

He went further to say that it is just 10 more days to the presidential primaries and the amount of damage that has been done to such a decent man like Mr. Obi will be made obvious to the public.

In his words, he wrote, “Drove Nzeogwu? At 5? Just 10 more days and the amount of damage that these guys have done to such a decent man will become apparent”.