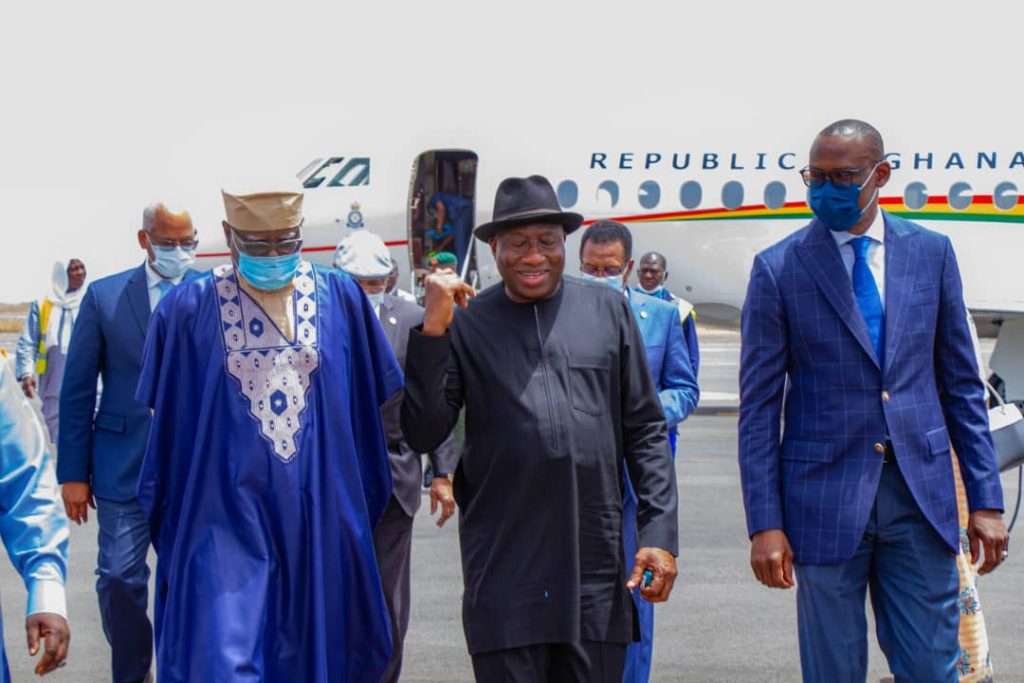 Fresh hopes emerged at the weekend of an agreement between the Economic Community of West African States (ECOWAS) and authorities in Mali on the duration of the country’s transition programme.

This followed a two-day consultation in Bamako between the sub-regional mediation team and leaders of the military junta in Mali.

A member of the delegation, who spoke to the News Agency of Nigeria on condition of anonymity, disclosed this in Abuja on Tuesday.

The source disclosed that the mediation team led by former President Goodluck Jonathan was able to convince the military to accept a shorter transition period, although both sides were yet to reach a consensus on the number of months.

He said that the Malian authorities, who had earlier proposed a four-year duration, had made a fresh offer of two years in the course of the negotiations, but the ECOWAS mediation team still considered that to be too long.

“Both sides, however, agreed to continue the consultations with a view to reaching a compromise on an acceptable timetable.

“This would encourage the sub-regional body to lift the fresh sanctions imposed on Mali after the military junta failed to carry out the earlier agreed 18-month transition period that should have terminated this quarter.”

A communique issued by ECOWAS at the end of the mission quoted Jonathan as reaffirming his commitment to continue to engage the Malian authorities on an acceptable transition timeline.

“In the course of his consultations, the mediator reiterated ECOWAS’ continued and strong solidarity with Mali and its people, as well as its commitment to facilitate an early agreement.

”On the restoration of constitutional order, in line with the ECOWAS and AU relevant instruments and decisions.

“Such an agreement would make it possible to gradually lift the measures taken by ECOWAS, as well as allow Mali to address the broad range of challenges confronting it, including security, governance and socio-economic reforms.

“And these challenges can be addressed in a more conducive environment with the full support of the region, the AU and the larger international community.”

Jonathan further requested the local follow-up committee and experts on the ground in Bamako to pursue their work with the Malian authorities.

Similarly, the Malian government also issued a statement thanking the mediator and expressing its readiness to continue with the negotiations for an acceptable transition period.

In a statement signed by the Minister of Territorial Administration and Decentralisation, Abdoulave (MAIGA), said the Government of Mali had always expressed and illustrated its good faith and its determination to find a consensual solution with ECOWAS.

Abdoulave said that was evidenced by the invitation addressed to the ECOWAS mediator for consultations in Bamako over the weekend.

“The Government of the Republic of Mali thanks the mediator for his commitment and reiterate its readiness to continue the dialogue and to find a solution, with ECOWAS and the international community, in the best interests of the peoples of West Africa.

“Because they collectively suffer the consequences of the illegal, illegitimate and inhuman sanctions taken against Mali.”

Mariupol is being reduced to ashes, Zelensky cries out