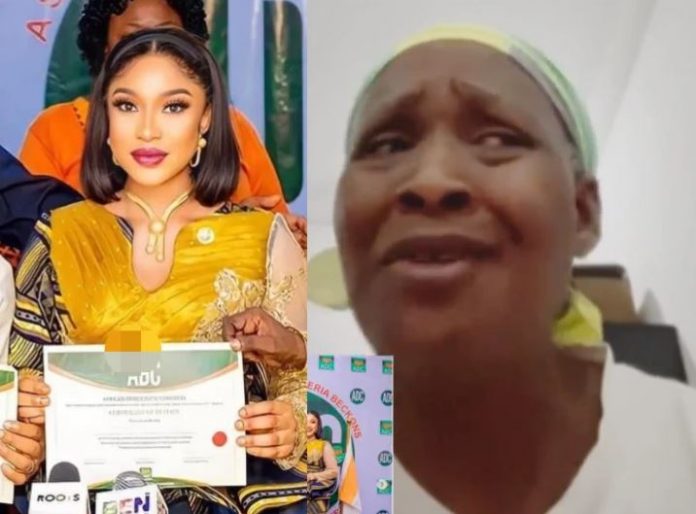 She stated that Rivers State is not for sale or cruise where anyone can just rule. She recalled that Tonto Dikeh had threatened her as a journalist about 60 days ago and even came down to Lagos and promised to beat her up, before Lagos State Police warned her to stop making threats. She stated that the reason for Tonto Dikeh’s bad blood towards her is because of the fact that she interviewed her ex-lover on Instagram live, to asked questions about his house that was demolished and he told her that the actress had nothing to do with it.

Kemi Olunloyo said that the state have enough problem to deal with presently, from the black soot, to the asthma that have plagued half of the population, and the state requires a real leader. People like Rotimi Amaechi and Nyesom Wike who have tried but couldn’t solve all the problem of the state, not to talk of Tonto Dikeh. Click here to watch the video.