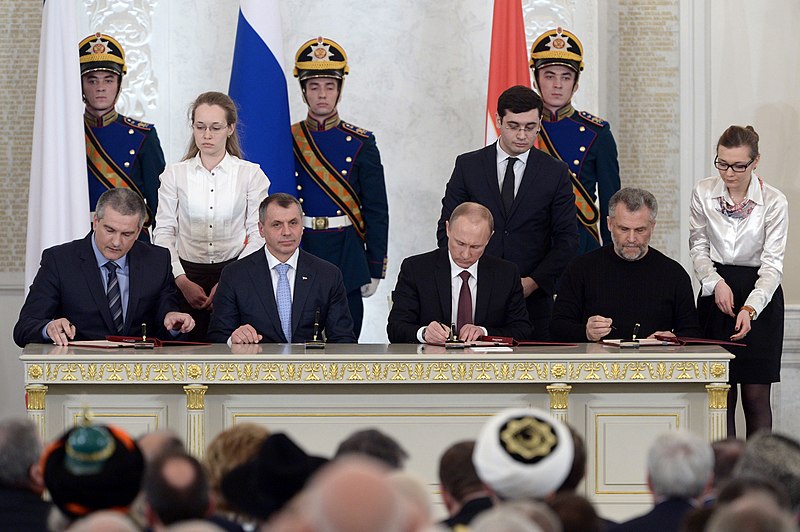 The Russian lower house of parliament ratified the incorporation of four occupied Ukrainian regions on Monday and fast-tracked the relevant legislation as the West rallied further to Kiev’s aid.

More than 400 deputies in the Russian Duma, in a move unrecognised by most of the international community, voted unanimously in favour of Luhansk, Donetsk, Zaporizhzhya, and Kherson becoming part of the Russian Federation as well as enacting various laws.

“The laws fully strengthen the main social and economic guarantees of people living in the territories and create a system of legal protection for citizens,” Pavel Krasheninnikov, head of the Duma legal committee, said according to the Interfax news agency.

Russian citizenship is to be granted to all residents of the occupied regions who apply for a passport and take an oath to the country’s constitution, which will prompt pension payments and health care.

The Russian rouble will be introduced as the currency, but until the end of the year residents will still be able to pay with Ukrainian hryvnia.

By June 1, 2023, new administrative bodies will be created.

President Vladimir Putin, whose forces invaded Ukraine in February, signed the treaties of accession on Friday with the Duma having to approve them.

A similar rubber-stamping by the upper house – the Federation Council – is considered a formality.

Foreign Minister Sergei Lavrov was a guest at the Duma and accused the United States of moving against Russia just like Nazi dictator Adolf Hitler once did against the Soviet Union.

“The U.S. has subjugated practically the entire collective West and mobilised it to make Ukraine an instrument of war with Russia – just as Hitler gathered the majority of the countries of Europe for an invasion of the Soviet Union,” Lavrov said.

Meanwhile, the European Union on Monday signed a memorandum of understanding on providing Ukraine with another €5 billion ($4.9 billion) in macro-financial aid.

German Foreign Minister Annalena Baerbock also said her country was well aware Putin’s threat of nuclear war could be real but would not allow itself to be blackmailed by Moscow.

“We take his words very seriously; anything else would be negligent,” she told the Neue Osnabrücker Zeitung newspaper.

Ukraine has been backed by massive Western arms and Putin has mentioned the possible use of nuclear weapons in the conflict, with his quest to capture the whole country having stalled.

Further nuclear worries have been exacerbated by fighting near the Zaporizhzhya nuclear power plant. On Monday, International Atomic Energy Agency (IAEA) chief Rafael Grossi tweeted that he had “received confirmation” that plant director Ihor Murashov had been “returned to his family” after having been abducted.

On the battlefield, Ukrainian troops again recorded successes in their counter-offensive, advancing against Russian invaders in the east and south.

In the Luhansk region, Ukrainian soldiers have already established themselves near the city of Lysychansk, a military spokesperson for the Moscow-controlled Luhansk separatists wrote on Monday on the Telegram news service.

But the Ukrainian units are nevertheless under constant fire from the Russian army.

Previously, President Volodymyr Zelensky had also confirmed an advance of Ukrainian forces in the southern region of Kherson and the recapture of the local towns of Archanhelske and Myrolyubivka.

Faced with stiff Ukrainian resolve, Putin has called for a partial mobilization of new Russian troops. But the mobilization is plagued by organizational problems and a lack of enthusiasm among potential conscripts.

The Defense Ministry in Moscow said first recruits called up as part of the mobilization have been transferred to Donetsk and Luhansk.

“Mobilized servicemen are undergoing their combat training in the Donetsk People’s Republic,” the Defence Ministry said on its Telegram channel. It also posted a video showing soldiers conducting live-fire exercises.

But in the Khabarovsk region in Russia’s far east, Governor Mikhail Degtyarev said that half of the “several thousand” conscripts had returned home.

The men in question had been called up for duty even though they did not meet criteria. The governor did not explain how the mistakes could have happened.

The responsible head of the district military office had been dismissed, Degtyarev wrote on Telegram.

Meanwhile Putin loyalist Ramzan Kadyrov said he wants to send three of his underage sons to the war against Ukraine.

Kadyrov, the notorious head of the Russian republic of Chechnya, said that his boys Achmat, Selimchan and Adam – aged 14 to 16 – are ready to put the combat skills they have trained for to the test in Russia’s current “special military operation” in Ukraine.

“And I’m not joking,” he wrote on Telegram. “(…) Soon they will be sent to the front and will be in the most difficult sections of the contact line.” He also published a video showing his sons doing target practice.

At least 300,000 reservists are to be drafted from across Russia to fight in the occupied Ukrainian territories. Hundreds of thousands of Russians have fled abroad to avoid being sent into military service.