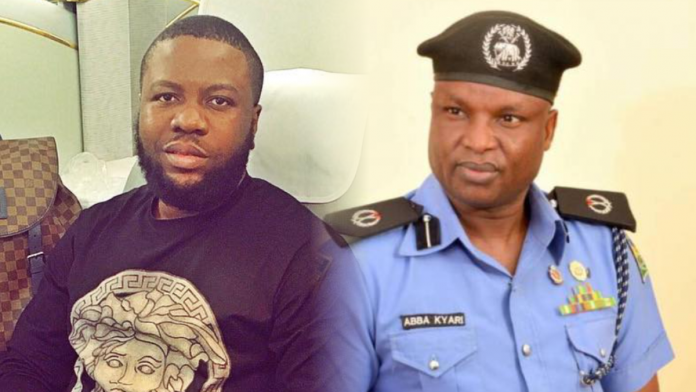 The final panel report on IGP Intelligence Response Team former commander Abba Kyari has been submitted to the police boss, and two issues are now at stake.

Neither, apparently, might rock the indicted supercop the way many expect, going by the DIG Joseph Egbuike-led panel recommendations.

But IGP Usman Baba has queried Kyari on many things, including the finding he communicated with the UAE cyber-criminal Abbas Raymon aka Hushpuppi.

Kyari was roped into a $1million cyber fraud scheme Huspuppi coordinated from the UAE, including his ring members I Nigeria, US, and Kenya.

An FBI investigation indicted him, and a court issue an arrest warrant on him.

The Bureau wants Kyari extradited to face the US court.

But that decision is above the IGP paygrade.

It’s only the Police Service Commission that can sanction implement a panel report recommendation, and discipline Kyari.

The panel, however, didn’t recommend Kyari extradition to the PS., according to sources.

Besides that, another argument by police sources is that Kyari, even if indicted, didn’t commit the offence in the US.

AGF/Justice Minister Abubakar Malami’s office has said he will respond as appropriate to the extradition request.