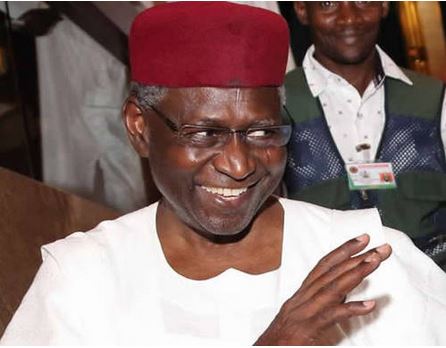 Share this on WhatsApp
Spread the love
President Muhammadu Buhari’s supporters and admirers will, on Wednesday, hold a rally to show solidarity to the President. The group will also use the solidarity march to demand the removal of Abba Kyari, the chief of staff to the president.
The march will hold between 6 am and 6 pm at Abuja’s Unity Fountain, as announced in a statement by the organisers who are also inviting other Nigerians to join the march.
“We are calling on all Nigerians, who believe in good governance to join us for a solidarity march with a difference for our beloved President.At the solidarity march, we will be declaring our unflinching and unshakeable support for President Buhari, a man of integrity and honour; a man chosen by God and elected by us to salvage our country Nigeria.
ALSO SEE: Powers in APC hatch new plan to freeze out Oyegun as hostilities hot up
“Also, we will be demanding the sack, removal or resignation of President Buhari’s Chief of Staff, Abba Kyari, for his numerous excesses, abuse of office, usurping the powers of the President,” the statement said.
The group also accused Kyari of impunity, blaming him for the slow pace of action by the government.
According to them,  Kyari refuses to make the President accessible to ministers, governors and other well-meaning members of the public.
Share this on WhatsApp
Related Topics:Abba KyariChief of Staff to the PresidentPresident Muhammadu BiuhariProtestSack
Up Next