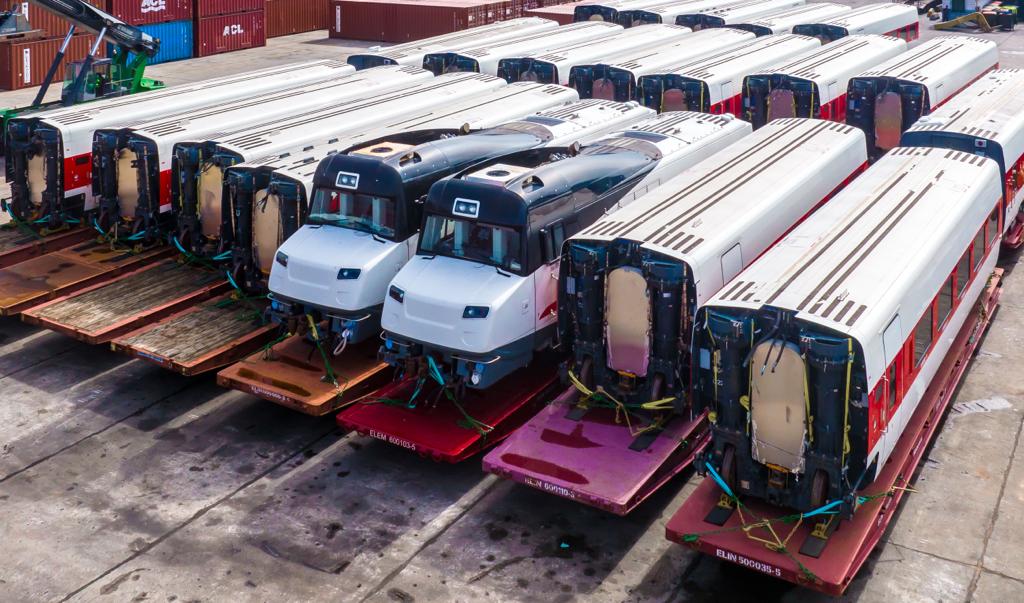 The Lagos State Government on Tuesday took delivery of two trains – TALGO SERIES 8 – for the Red Line Rail System in the state. The Commissioner for Information and Strategy, Gbenga Omotoso, in a statement in Ikeja on Tuesday expressed that the arrival of the trains was another major milestone in the determination to deliver the operation of the Red Line Rail System by the first quarter of 2023.

The commissioner stated that “The 2 Nos. 10 and 11 Car trains which were bought from Milwaukee are here,” adding that it was necessary to decouple the train into 21 individual cars for effective transportation to Lagos.

Gbenga Omotosho said that the trains would be recoupled with the help of rolling stock Engineers from Talgo, the company that manufactured them in the United States of America.

The commissioner highlighted: “The engineers will also take the opportunity to train our local Engineers whilst they are here to equip our young people with the requisite skills.

“Once the recoupling is complete, the testing and commissioning will commence, followed by full passenger operations in the first quarter of 2023.

“Each train can carry 1500 passengers and is expected to run on the Red Line Rail from Agbado to Oyingbo, with the journey taking less than 30 minutes.”