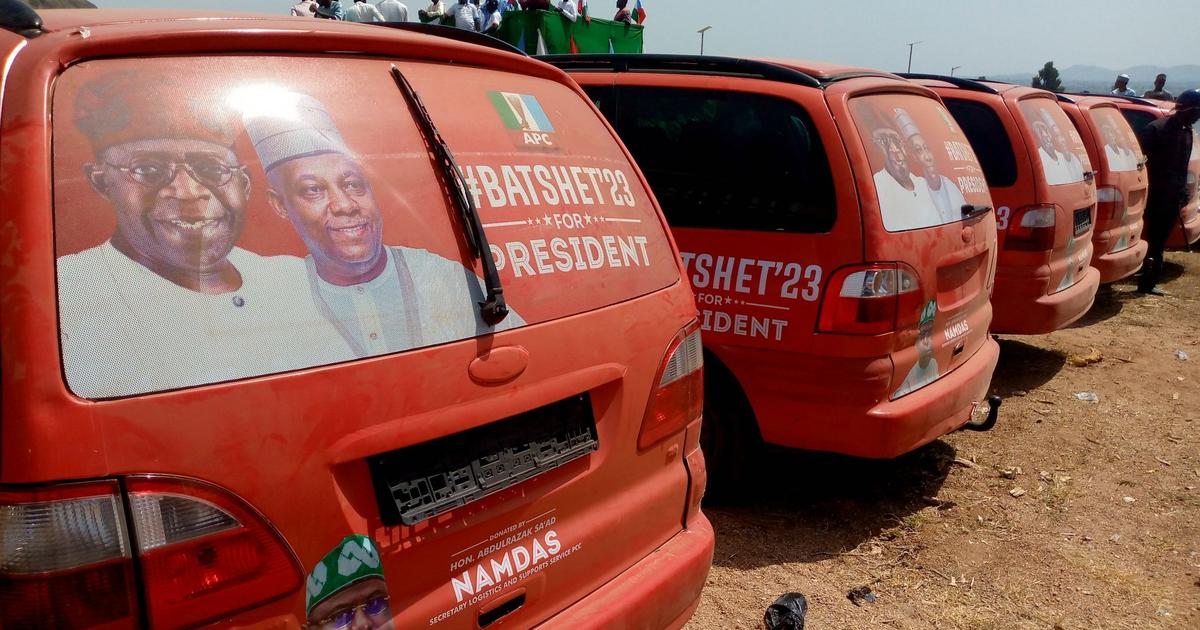 Lawmaker donates vehicles, other materials to Plateau APC campaign council
Share this on WhatsApp
Spread the love
The items donated included two buses, branded T-shirts, and other materials.
Dadu’ut, while presenting the items to the Director-General of, the APC  Campaign Council,  Prof. Sabastian Maimako pledged to work for the victory of the APC at all levels.
That lawmaker who was represented by her Senior Legislative Aide, Mrs. Rufina Grumyen, stated that the vehicles and other campaign materials were meant to facilitate the campaigns of the party.
“The donation is part of my modest contribution towards ensuring victory for the APC in Plateau and Nigeria in the forthcoming general elections.
“We are drumming support for our candidates in the APC because we know that they are highly experienced and above all have all it takes to deliver dividends of democracy to the Nigerian citizens.
“The  APC is our party and victory must be collectively sought, I am contributing my quota to a cause I strongly believe is in the interest of Nigerians,” she stated.
Dadu’ut pledged her willingness and commitment to go around the state to canvass votes for APC presidential candidate, Sen. Bola Tinubu, and Gov. Simon Lalong for Plateau South Senatorial candidate.
The senator also pledged to do her best for Dr. Nentawe Yilwatda to be elected as the governor of Plateau, adding that she would work for all candidates of the party in the forthcoming general elections.
Maimako in his remarks thanked Dadu’ut for the gesture which he said would go a long way in improving the fortunes of the party.
The director-general expressed deep confidence in the ability of Tinubu, Yilwatda, Lalong, and other candidates of the APC to bring provide the desired democratic dividends if elected.
“I want to also use this opportunity to once again, call on the people of Plateau and Nigerians to embrace the APC and its candidates.
“The candidates are detribalized Nigerians who have impacted on lives, irrespective of tribe and religion,” he added.
Share this on WhatsApp
Related Topics:APCcampaign councildonatesLawmakermaterialsPlateauvehicles
Up Next

Police beef up security around INEC office in Kwara