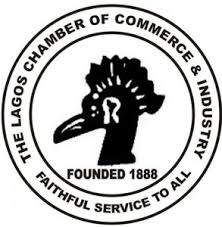 Unless, there is prompt intervention, the country may witness serious economic turbulent in first quarter of 2016.
The Lagos Chamber of Commerce and Industry (LCCI) who made this known cited that non-adjustment of the foreign exchange rate by the Central Bank of Nigeria (CBN) would add substantial negative impact to the country’s economy in the first quarter of 2016.

The chamber noted that the measures would lead to closure of more factories, job losses in manufacturing companies and high rate of unemployment. Its Director General, Muda Yusuf, who disclosed this in Lagos, noted that government should put in place palliative measures in form of fiscal and monetary policies that would pave the way for quick economic recovery in the first quarter of 2016. He said that the CBN should review its forex restriction policy placed on the 41 items on prohibition list.

According to him, unbanning the forex restriction on key commodities would contribute immensely to the growth and development of the non-oil sector.

“Our stance is that we want the CBN to lift the ban on foreign exchange now because government needs to do something urgently to convince Nigerians, private sector operators and manufacturers in the New Year. We believe that removal of the ban on forex and adjustment of the exchange rate will make substantial impact on our economic recovery next year.

“The Lagos Chamber of Commerce and Industry and the business community are very concerned about the current state of the economy and the consequences of the CBN approach to the management of foreign exchange market over the last few months. “We have previously engaged the CBN and other authorities through several fora (including dialogue sessions and memoranda) to draw attention to the implications of forex policies on businesses and the economy,” he said.

Yusuf said that the Gross Domestic Product growth was expected to rebound slowly to about 3.5 per cent if the right fiscal and monetary policies were put in place to stimulate the economy, domestic and foreign investments.

“While the recovery is expected to be driven by increase in government expenditure, the growth in oil sector may be constrained still by low price and investment drive,” he noted.

He further said that “the exchange rate volatility is expected to persist, fuelling inflation to about 10-11 per cent”.