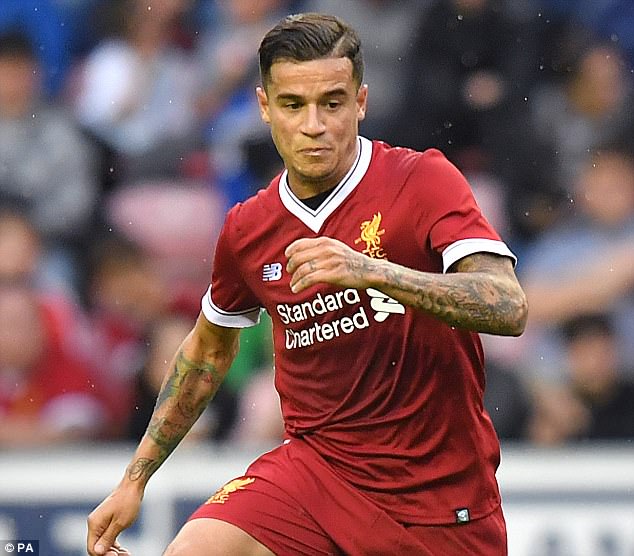 Share this on WhatsApp
Spread the love
Barcelona have been pursuing Philippe Coutinho since last summer
Reports in Spain claim a fresh bid will be made and possible deal this week
Balague backs that up, suggests ‘tone has changed’ from Premier League giants
Spanish football expert Guillem Balague has suggested that Liverpool’s resolve might finally be breaking over Philippe Coutinho’s move to Barcelona.
As noted by BBC Sport, the Catalan giants made three separate bids going up to £114m last summer for the Brazilian playmaker, but each time they were rejected by Liverpool.
Given Coutinho has gone on to continue to be an influential figure in the Reds line-up, scoring 12 goals and providing nine assists in 20 appearances in all competitions, it would seem as though the Merseyside giants have no reason to change their stance and would be desperate to keep him.
ALSO SEE: Roberto Carlos reveals the advantage Ronaldo has over Messi
Reports in Spain would suggest that isn’t the case, as while Mundo Deportivo reported that a new €150m bid was to be made for the 25-year-old and a deal could be completed by next week, AS claimed that personal terms were agreed upon in the summer and a five-year contract is waiting for Coutinho.
That still doesn’t suggest that Liverpool are ready to accept a bid though, and while Balague has insisted that Barcelona haven’t submitted an offer yet, it surely is a matter of time before they put one on the table with the January transfer window now open for business.
It’s a huge change from the Sky Sports pundit, as he has been adamant throughout that Liverpool’s stance on the matter hasn’t changed and they had no interest in selling. Now it appears as though his sources have sensed a change, and it could finally lead to the Coutinho transfer saga coming to an end.
The former Inter ace is expected to miss Friday’s clash with Everton in the FA Cup during to injury having been absent against Burnley, but it’s his long-term future that will have LFC fans worried now, as seen below, with a strong suggestion that an exit could be coming.
With Liverpool in such fine form as they push on to make a mark this season coupled with the signing of Virgil van Dijk last week, it looks as though there could be a low to come with the recent highs.
Share this on WhatsApp
Related Topics:English Barclays PremiershipFC BarcelonaLiverpool FCPhilippe CoutinhoSpanish La Liga
Up Next

How Man United moved from ‘no excuses’ to ‘more excuses’