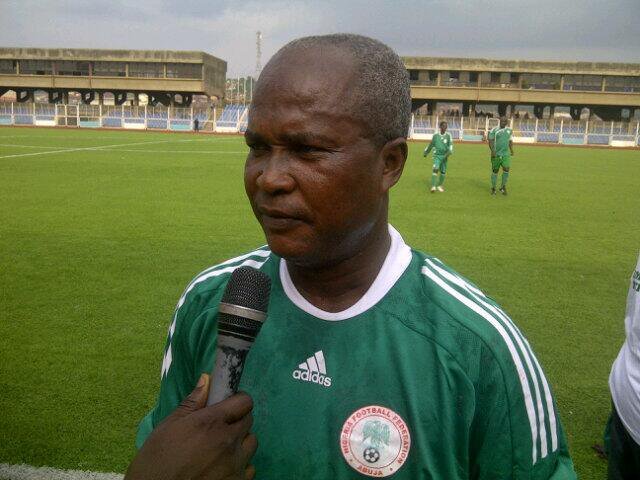 Share this on WhatsApp
Spread the love
Former Nigeria goalkeeper Raymond King died on Monday following a partial stroke and memory loss that got him hospitalised briefly at the age of 52.
Taju Disu, Kings’ ex-teammate, said the former Abiola Babes keeper died at the Lagos State University Teaching Hospital, Ikeja, after he was transferred from the Ikorodu General Hospital.
He had been admitted initially at the State Hospital, Ijaye, Abeokuta, Ogun State.
He was later taken to the Ikorodu General Hospital from where he was referred to LASUTH, Ikeja.
Kings died there.
The Akwa-Ibom born keeper was working with the Ogun State Sports Council.
King was a member of the 1979/80 Flying Eagles and he played for Shooting Stars of Ibadan, who he helped to a second place finish in the African Champions Cup in 1984.
He also won the 1987 FA Cup title with the defunct Abiola Babes of Abeokuta.
He left behind his wife and four children.
Share this on WhatsApp
Related Topics:Flying EaglesGoalkeepermemory losspartial strokeRaymond King
Up Next

Liverpool’s hold on Barcelona bound Coutinho: What has changed?