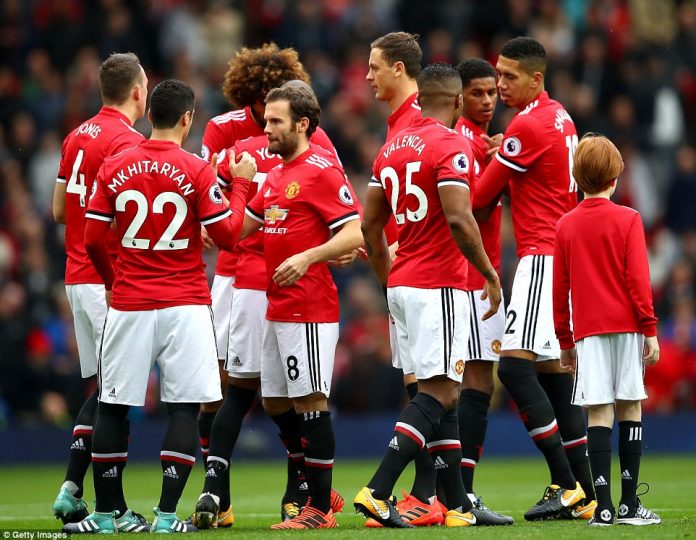 An awful lot has been written in defence of Jose Mourinho’s season to date, mostly based around the notion that Manchester United could never have been expected to challenge Manchester City because the squad simply isn’t strong enough.
Sky Sports pundit Gary Neville is the latest to jump to his defence, taking to Twitter to explain why little of this is Mourinho’s fault.
‘On United. We should be closer to City irrespective of their incredible run but City did have a better squad than United when Jose came in.
‘The recruitment under LVG / DM all over the place. The club should be signing players that suit the values not being taken from one extreme to another by managers with differing principles.
‘It’s a very costly exercise and means the waste is huge. The players signed by Jose are much better and more aligned to the club’s values. He should be supported in the TM with more players that meet the club ethic.’
Fair enough. But Neville mentioning ‘one extreme to the other’ takes us to comments that he made in August. Those recruitment issues weren’t so obvious then:
ALSO SEE: Enyeama to join Angers SCO
“You can’t just drop your expectation because they haven’t won it for a couple of years. They have to win the league. Jose Mourinho has to win the league here. The money that’s been spent, his own personal expectations and what he’s always delivered has been titles, so I would say United have to approach this season to win the league.
“I have never seen this league won without power and pace and a really strong spine, and it looks like United have got that. They look like they are going to mount a challenge. It’s day one, but they look like they have the attributes to mount a challenge for the title because they seem like they have everything.
“There is no excuse for Manchester United not to challenge for the league. That’s not putting pressure on the players or Jose Mourinho, but they have to challenge with the money that has been spent and the players that have been brought in.”
“No excuse” to plenty of excuses for the lack of challenge? So which is it, Gary?