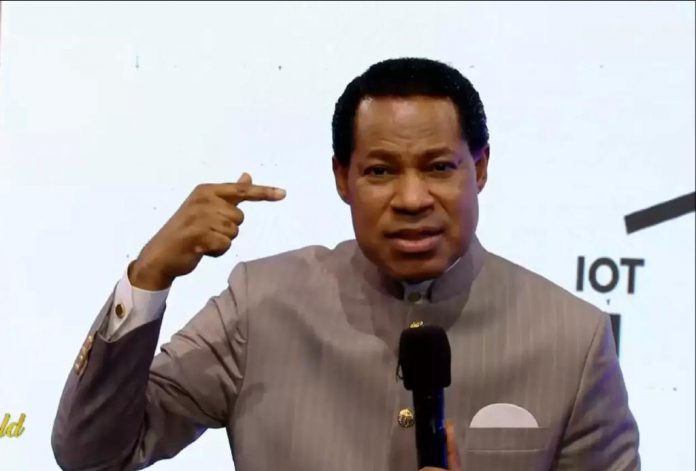 That the United Kingdom Office of Communications (Ofcom) could say that news and sermon on Covid-19 and associated issues on Loveworld Television channel broke its broadcasting rules is at least curious and at best astounding.

The UK government-approved regulatory and competition Authourity for the broadcasting, telecommunications and postal industries, was right in its posit that “in considering a programme’s compliance with its Rule 2.1, it must assess the nature of the content and whether there is a reasonable likelihood of it causing members of the public actual or potential harm.” This means there is need to always place whatever news report in proper context.

READ ALSO Covid-19: WHO is disappointed Nigerians, other Africans are not dying as projected, official admits

So context is important and the extent of any protection required will depend on all the circumstances, including the service on which the material is broadcast, the degree of harm likely to be caused and the audience and their likely expectations.

However, without mincing words on the sanction placed on Loveworld Television over a news item carried by the channel, Ofcom got it wrong on several fronts.

Ofcom either by omission or deliberate commission ignored the fact that the overall context in the news report was that of a religious news broadcast aimed at Christian Evangelical Believers, and seeking to interpret the present turmoil caused by Covid-19 in light of the Christian Holy Scriptures – The Bible.

ALSO READ Coronavirus: Pastor Chris prays for Nigeria, world
Loveworld programming has never for one moment purported to be a secular current affairs documentary as might be seen on the BBC, Sky and the rest. So this was supposed to be considered by the Commission as an important distinguishing feature from other published decisions to date about Covid-19 and the associated issues.

The programme’s news coverage manifests its Christian orientation and background and Loveworld Television Network “is a Christian broadcast station and communicates its views based on the foresight of Scriptures”. The news was presented “from a balanced Evangelical Christian viewpoint” and that it “openly requested for everyone else to carry out their independent fact findings. This obviously was overlooked by Ofcom before slamming the sanction against the network.

Also, there is a serious issue of situational context in the allegation by Ofcom that what was said in the sermon by Rev Chris Oyakhilome and the subsequent news item thereof were “particularly sensitive given the global Coronavirus crisis and that the news item failed to give due weight to official government (UK) advice and mainstream science”. The Commission failed to acknowledge that Pastor Chris was addressing a global audience; yes, it may have been aired in the UK but that did not make the audience UK-specific. Loveworldis a cable television network that beams to other countries of the world.

Also, On the use of hydroxychloroquine as a treatment for Covid-19, it was surprising that Ofcom could sanction a channel for merely re-echoing what is in the public dormain and being promoted by world acclaimed medical science experts and several key leaders of governments in frontline nations.

READ ALSO COVID-19: Pastors Chris, Benny Hinn host world largest prayer event
Even the US President, Donald Trump, at a news conference recently extolled the possible benefits of hydroxychloroquine in fighting Covid-19 in the presence of (and with no apparent dissent) from two of the leading epidemiologists in the United States namely Dr Fauci and Dr Brix. And as at the date of the report by Loveworld network, no person had come forward to contradict the statements made by Rev Oyakhilome who in real sense only re-echoed the fact given by experts and world leaders to generate hope and faith in people that it is possible to beat the virus.

Research in scientific journals lent credence to the fact that hydroxychloroquine had been effective in the treatment of the virus and even the news item cited two reports in support of this. So, is Ofcom punishing the television channel because the commission disagrees with the assertion backed by scientific references?

It was curious that Ofcom could allege that “if potentially harmful claims about health are made by a speaker who is perceived by the audience as having authority, there is more chance of the audience treating those claims as credible and making decisions based on them.” Did the news report manufacture its own facts and narrative or only re-echoed an information that already existed in the public domain? You see where Ofcom gaffed.

On the adverse health effects of the 5G technology even till date, is there any proven scientific study that absolves the 5G of being harmful to the human body?

Even the Loveworld report conspicuously referenced a European Parliament briefing document and a scientific report that discussed potential negative impacts on human health of 5G technology. And on the correlation between 5G and the Coronavirus specifically, the television channel only said the symptoms referenced in the European Parliament report “are not indistinguishable from the known symptoms of covid-19.”

Loveworld or rather Pastor Chris was not alone in having concerns over health risks of 5G. He only joined a list of other voices in demanding that governments all over the world conduct extensive independent (not industry) research into the impact of 5G on human health.  So how do you describe this as an infringement on the Ofcom Code? Was it because the views expressed in the report were different from that believed by the Commission or the mainstream government? At least Ofcomwould have carried on its duty without portraying itself as being partial.

On the adverse health effects of the 5G technology even till date, is there any proven scientific study that absolves the 5G of being harmful to the human body?

Is Ofcom saying that what 180 scientists of the ECH  said was a fallacy or was it because it was Pastor Chris who re-echoed it that made it a breach of the commission’s code?

On the issue of compulsory covid-19 vaccination, as Loveworldexplained in its communication with Ofcom, this was “guided by its belief inspired by Scripture” and a “Biblical injunction not to receive it”.

A superior argument should be advanced to contradict the stand that “a compulsory vaccination regime will not be in good faith. Any impartial observer should ask…whether the introduction of a vaccine is justified when alternative means have not been fully tested out.

Sky News, CNN among several other news networks had carried several news reports on the use of hydroxylchloroquine, the efficacy of total lockdown and social distancing as strategies to contain the spread of covid-19, why were they not sanctioned? You cannot muzzle a media organisation because it is a Christian channel.

Ofcom as an agency of the UK government should do well to help the public not believe that the sanction slammed on Loveworld was not to deliberately suppress the channels contrary opinion based on its Christian faith and believe.