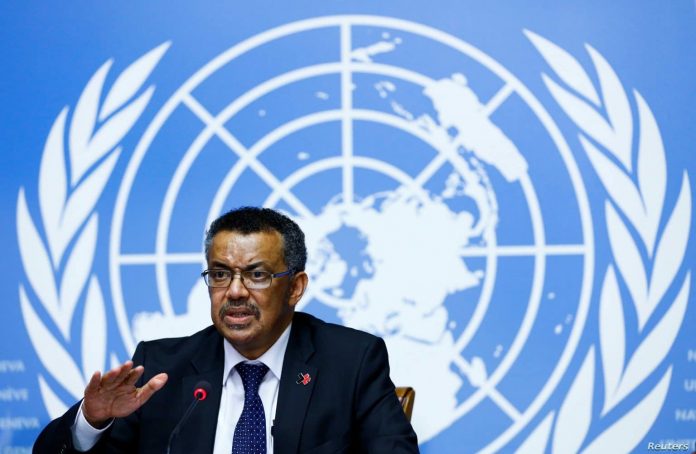 In April, Melinda Gates, wife of the world’s biggest do-gooder Bill Gates, was all fear on CNN when she expressed her fears.

‘Look at what’s going on in Ecuador. They’re putting bodies out on the street. You’re going to see that in countries in Africa,” she said.

She  was lamenting how the developed world were not playing the white knight well enough in their response to the pandemic in Africa, a continent which, she believes,  can’t afford washing of hands and social distancing because of poverty.

Much earlier and up till recently, the World Health Organisation, too, made its grim prediction: a quarter of a billion confirmed cases, and 190,000 deaths in Africa.

In fact Tedro Ghebreyesus, WHO’s director-general, couldn’t hide his suspicion (of figure manipulation) two months ago when confirmed cases all over Africa was just 233. He believed people were dying, and it was just a matter of time when massive death reports would be exposed.

When not much happened to validate its claim two months later, WHO had to adjust its model, and crushed the number down to 1.2 million confirmed cases—for West Africa—143000 plus for Central Africa.

But, Wednesday, the UN agency could not hide its disappointment—or wonderment—at the still very low figures of infection and fatalities coming out of Africa.

The director of the WHO Regional Office for Africa, Dr Matshidiso Moeti, had to wonder aloud during the Africa.com webinar series session 6 tagged “What’s the real story behind Africa’s COVID-19 figures?”

As stated on the Africa.com webinar series session, the world health body admitted the Dark Continent is succeeding in controlling the spread of COVID-19.

“We are seeing fewer cases (in Africa) than expected,” said Moeti.

And things keep getting better.

According to her, West Africa recorded 16 per cent daily growth rate of confirmed cases before April 1. The rate has now gone down to 6.5 per cent.

In Central Africa, the growth rate reduced even more drastically: from 14 per cent before April 1 to  4 per cent now. While the number of cases expected in the region on May 17 was 149,353, the cases reported as of that day was 8,021.

“The WHO believes that Africa’s measures of curtailing the virus are working and are reporting a slowing down of the rate of spread,” Moeti said.

Contravening her D-G who in March nearly accused Africa of cooking its figures, Moeti said, “Countries with higher testing levels per 10,000 people and sharing of date suggested a true picture of the outbreak.”

She even made a point of Nigeria’s response to the Kano upsurge. And it was on the credit side. “For COVID-19 in Kano State Nigeria, authorities responded quickly to community alerts,” she said.

Africa has remained one of the continent with the lowest infection and death rates since Covid-19 broke out in December, starting from China, and spreading across the world by January.

The US has recorded more than 1 million confirmed cases and close to 100,000 deaths. About 40,000 Britons have died. Italy, Spain, Russia have also recorded very high infection rates and fatality figures.