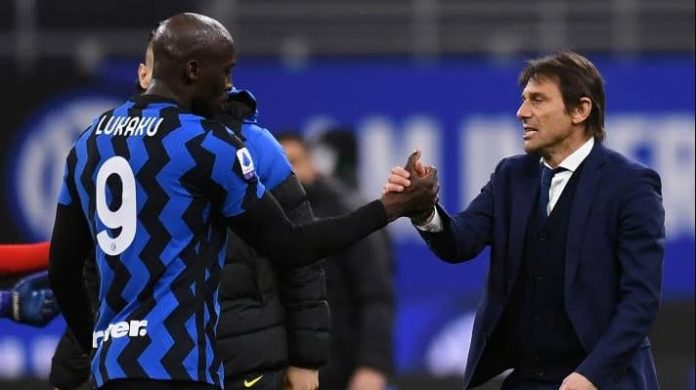 Romelu Lukaku recently lifted the lid on life under the Italian manager, having romped to Serie A glory.

With the pressure mounting on Ole Gunnar Solskjaer, Antonio Conte has already been touted as a potential replacement for the Manchester United job and the Italian’s influence can be seen in Chelsea record signing Romelu Lukaku. The former Manchester United player played a key part in Antonio Conte’s Inter Milan squad that dethroned Cristiano Ronaldo’s Juventus last season and was shown “what it takes to win” during his time at San Siro.

He secured a record-breaking move back to Chelsea in the summer in a deal worth £97million and has since scored three goals in seven games.

Amid intense scrutiny over Solskjaer’s future, the former United striker has already given an insight into Conte as a head coach. The 28-year-old said earlier this season: “I had Antonio Conte there as a manager who helped me and showed me what it took to win, and we did it in the second season.

“To learn how to win is e barrier. Every trainer has a different way of coaching, but with Antonio Conte, we learnt how to go to the red zone. That was it.

“In the second season, we were much more consistent in winning big games. That made the difference against big opponents. “As a player, the Italian game is so different. It’s so tactical and technical. You have to make the right run or movement to get another player free. We always had a lot of possession, so we were playing in the opposite half. Most of the time you were back to goal, and everything was going through me.

“I remember having a conversation with Conte about this and he told me if I wasn’t good at that, I wouldn’t play. For me, that was an eye-opener. Once I mastered that aspect then for me everything became easier.

“The game would slow down, and I could control the game more and give more assists. That was something I wanted to do and I wanted to experience that in another country, where I think it would be beneficial for the rest of my career.”

Conte helped Inter romp to Serie A glory by 12 points, adding to his list of accolades which also include the Premier League and FA Cup from his time at Stamford Bridge.

Do you see him as the right man for the United job? Can he bring back the glory old days? Drop your opinion in the comments section.