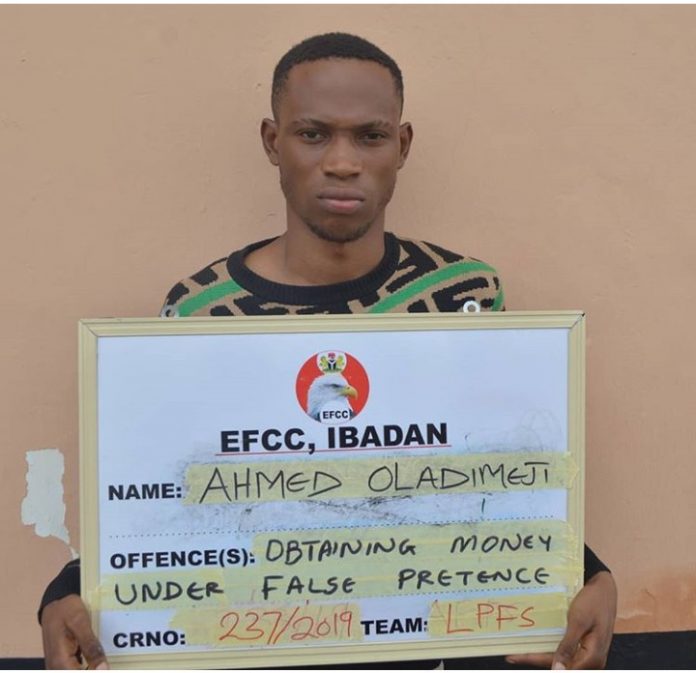 THE Federal High Court in Abeokuta, Ogun State on Thursday sentenced a man, Ahmed Oladimeji, to four years imprisonment for sending pornographic and indecent pictures via a computer.

Apart from the four months jail term, the convict was also ordered to restititue sums in foreign currency to victims of his fraudulent acts.

The court equally ordered the forfeiture of all items recovered from him during investigation to the Federal Government of Nigeria.

These include one Toshiba Laptop, one IPhone 6 and one Tecno KA phone.