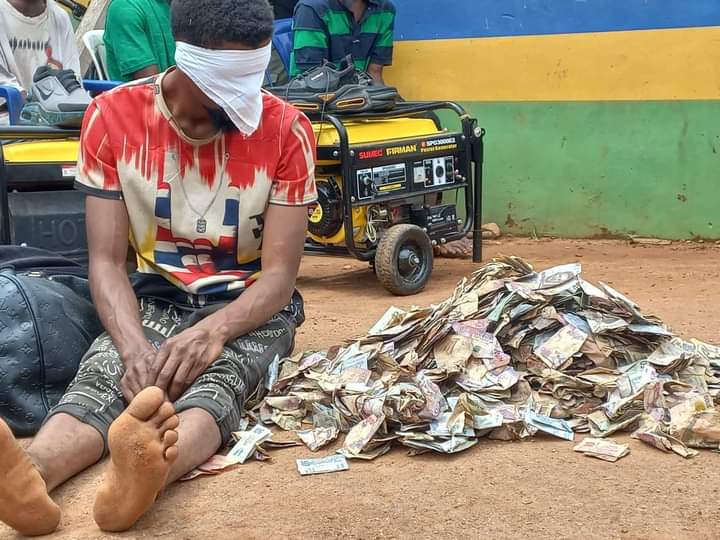 A 32-year old man, Akindele Opeyemi Olufemi was on Tuesday paraded by the Ekiti State Police Command for breaking into a church’s offering vault and carted away over N600,000.

Olufemi, according to the police, was arrested at a “Stop and Search Point” of the Safer Highways of the Command.

He was on a Motorcycle and had a bag on him. He initially rebuffed all attempts to Search his bag but was later overpowered by the Police.

After a thorough search, a different denomination of Nigerian Currency was found in his possession. He could not give a clear explanation as to how the Money came about, but after further interrogation, it was discovered that the Suspect stole the money from the Christ Apostolic Church, Camp Ground in Ikeji, Ara-Ikeji, Osun State, and was intercepted by the Men of the Ekiti state Police Command on his way to the State.

He confessed to the commission of the crime, as he said he served in the Church for Two years as a Security guard and resigned earlier this year, so he went back to the Camp Ground in the guise of a “Personal all night Prayer” and made way to the Church offering Vault and carted away the Money.

The Money when counted was Six hundred Thousand, One hundred and Fifteen naira (600,115 Naira)

He will be charged to court, alongside other criminals who were apprehended by the State Police Command.