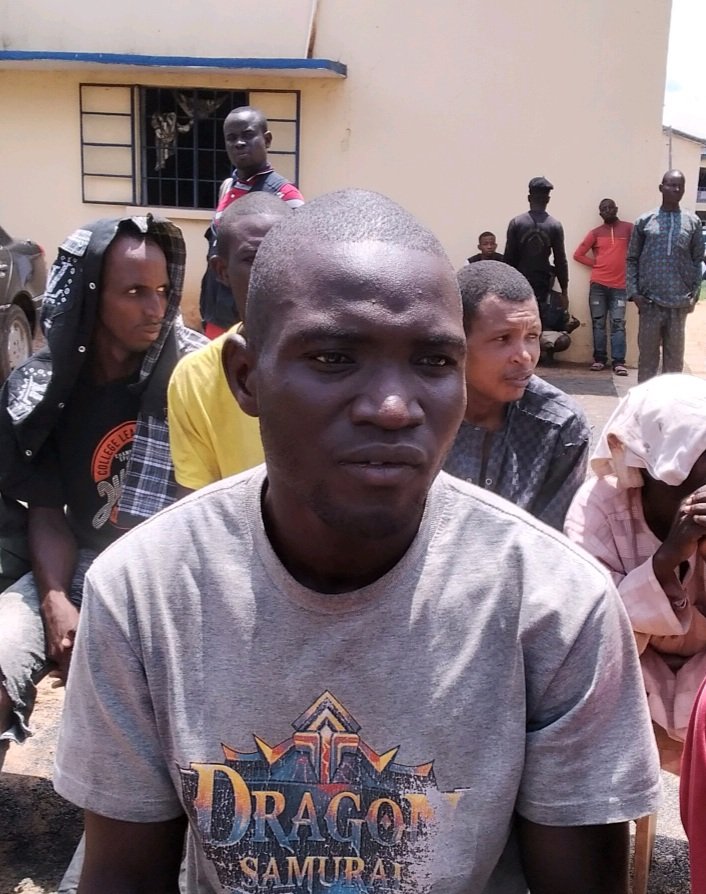 Police in Adamawa have arrested a 38-year old man for allegedly stabbing another man to death over a lady they were both dating.

The man identified as Benedict Haziel was arrested on Saturday after he reportedly stabbed Lukas in the buttocks leading to his death.

Haziel, who was paraded at the State Police Command headquarters on Saturday, admitted to stabbing Lukas after several warnings to leave the lady whom he said was his fiancée after he had paid N15,000 as part of her bride price.

While explaining what led to the altercation between him and Lukas, Haziel said after he had paid the bride price to her parents, he expected Blessing to cut off her relationship with the deceased but she continued seeing him which suggested a lack of commitment to the planned marriage.

He said he had also warned Lukas several times to keep off Blessing but he refused to heed the warnings.

He narrated further that on the day he attacked Lukas, he was informed that his fiancée had gone to visit the victim and he trailed her to the house where they had a quarrel which led to a fight.

“On that fateful night, I trailed her to the residence of Lukas, with an intention of taking her to her parents,” he said.

“But when Lukas saw me at his residence, he got angry and engaged me in a fight. During the fight, I used a dagger to stab him in the buttock and he fell down. He bled and died before we could take him to the hospital. It was not my intention to kill him,” he said.