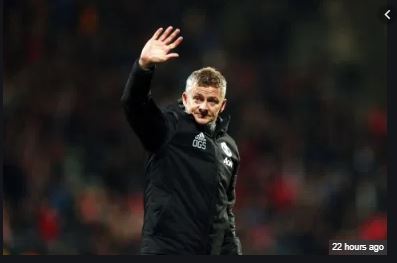 Liverpool will be facing Manchester United in the Premier League next weekend but ESPN believe that Man Utd are actually in a relegation battle.

It is the biggest game in English football. The country’s two most successful teams facing off in a Premier League clash. Except things are different this year. Liverpool are top of the league and undefeated and Man Utd are in a relegation battle, at least according to ESPN.

The UK version of the sports network put together a segment about all the teams in the bottom half of the table being embroiled in a relegation.

That includes Man Utd, who are currently 12th in the league. But rather than they say “Oh, they’ll be fine” or “United will get out of this”, the emphasis was on the fact that they are in this relegation fight. It’s delicious.

They state: “There are reasons for all these teams to worry… including Manchester United”.

While they don’t pick the Red Devils as a team that will go down, they are definitely in the scrap at the bottom of the table rather than challenging for European places.

That is a huge disappointment for their fans (*chef’s kiss*) as they splashed out over £150 million on their defense by signing Harry Maguire and Aaron Wan Bissaka.

While that unit has looked a little stronger, their attack has vanished. After letting Romelu Lukaku and Alexis Sanchez go to Inter Milan they look paper-thin up-front. And Marcus Rashford is not the second coming of Ruud van Nistelrooy.

They will face a huge test next week when Jurgen Klopp’s mighty Liverpool come into town. The Reds have made a perfect start to the season and everything suggests they should run out easy winners against Ole Gunnar Solskjaer’s relegation fodder!