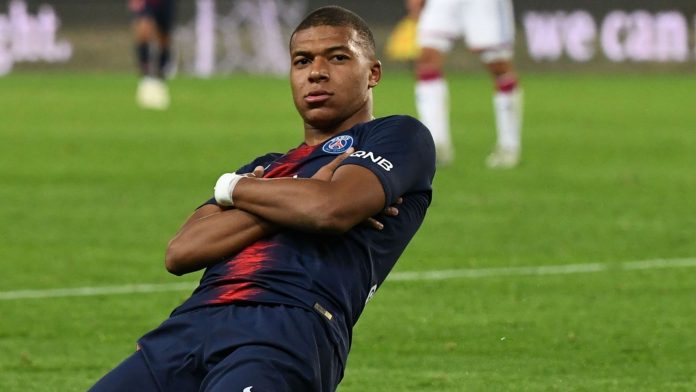 Kylian Mbappe insists that Lionel Messi and Cristiano Ronaldo are still the two best footballers in the world despite predicting that neither will win the Ballon d’Or this season.

Luka Modric was voted the Fifa Best Men’s Player for 2018 in September ahead of Ronaldo after winning the Champions League with Real Madrid and leading Croatia to the World Cup final, with Liverpool superstar completing the top three ahead of Messi.

Last summer’s tournament in Russia is expected to weigh heavily on the outcome of the Ballon d’Or too, but Mbappe warns it would be foolish to assume the era of Messi and Ronaldo is over.

“I don’t think one of them will win the Ballon d’Or this year because it was a World Cup year, and the World Cup takes precedence,” Mbappe said of Messi and Ronaldo.

“But if you take the player in the purest form, there’s nobody better yet. This year they were again the best two.

“Messi finished the best goalscorer in Europe; Ronaldo was the top scorer in the Champions League.

“Nobody is doing better at the moment and we can’t say it’s the end of their era because it will only end when somebody else does better than them.”

France beat Croatia 4-2 in Moscow to lift the World Cup for the second time in their history last summer, with Mbappe becoming the first teenager to score in the final of the competition since Pele achieved the feat for Brazil in 1958.

Pogba wants one of France teammates to win Ballon d’Or

He is on the 30-man Ballon d’Or shortlist, along with Manchester United midfielder Paul Pogba, Real Madrid defender Raphael Varane, Atletico Madrid forward Antoine Griezmann and Chelsea midfielder N’Golo Kante, and believes it is only right for one of his countrymen to be recognised.

“Frankly, I hope so,” Mbappe said when asked if a Frenchman should win the Ballon d’Or.

“We achieved something big. It would not be unjust because that is a strong word, but it would be a shame if a Frenchman does not win it.

“We made history and it would be nice to be rewarded.”