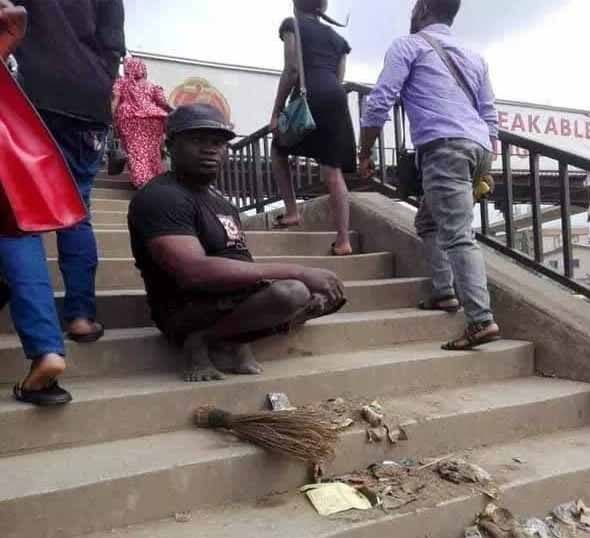 Alhaji Umar Dikko is not the regular day to day beggar you see in the streets of Lagos begging for alms from public spirited Nigerians who take pity on their conditions and hand out stipend to them.

Alhaji Umar may be a beggar but he is a beggar with a difference as he is not only the Sarkin Maroka (King of Beggars) in the Ajegunle area of the state but has also carved a niche for himself as one of the richest beggars in Nigeria.

Though physically challenged, Alhaji Umar, is a wealthy man in every sense of the word, with four wives and 18 children to boast of, a thriving transportation business, a sachet water factory and five houses he built in his home state of Kano.

2years ago he built another house in Kano which he rent out to people. His second wife is in charge of the house in Kano

The sachet water business which he started about a year ago is also doing well as is being manage by his first wife.

Although Umar is doing well, he doesn’t stop begging, according to him ” begging is lucrative business”