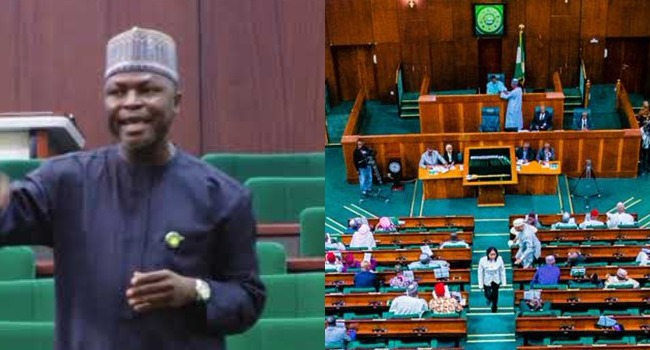 Ahmadu Jaha, member of the House of Representatives in the National Assembly, representing Damboa/Gwoza/Chibok, Borno State, on Tuesday protested that the military are creating super camp for self-protection than going out to fight the Boko Haram in the northeast, Nigeria.

Jaha expressing his frustration over the security situation in Borno State and other parts of the northeast during the House plenary on Tuesday, threatened to resign from the National Assembly in protest that the military are creating super camps to protect themselves. The lawmaker decried that this exposes innocent civilians to the Boko Haram attacks.

Jaha further disclosed that the soldiers simply wait in the super camps to repel attacks by the Boko Haram terrorists rather than taking the battle to them. He reiterated the demand that the security chiefs must be sacked.

The House of Representatives after elaborate debate on the nation’s security on January 29, reached a resolution that the service chiefs should resign.

Abubakar Fulata, a member of the House, had agitated that the service chiefs had outlived their usefulness. “It  will be to the detriment of the country if these men keep doing the same thing repeatedly and expect a different result in tackling the security challenges Nigeria is grappling with,” Fulata declared.

Share this on WhatsApp
Related Topics:Ahmadu JahaBoko Haram sects
Up Next