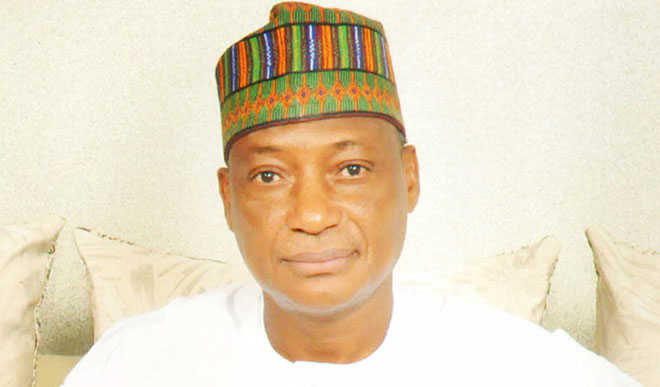 …as 464 officers graduates from NAFRC

THE Minister of Defence, Brig Gen Muhammed Mansur Dan-Ali (rtd), has solicited for the involvement of retired military personnel in the fight against insurgency, saying Nigeria’s security has reached a critical stage.

About 464 military personnel at the weekend graduated from the Nigerian Armed Forces Resettlement Centre (NAFRC), Oshodi, after undergoing rigorous 6 months pre-retirement training geared towards imparting and sharpening their skills prior to disengagement from the service.

The minister, who was the Special Guest of Honour and was represented by the Director, Army, Ministry of Defence, Mrs Iro Ikenga, said as the military is tackling insurgents in the North East and other parts of the country, a lot would be required of them as retiring members of the armed forces to collaborate with the serving members of the armed forces to deal with the terrorist.

“You might be required to collaborate with other security agencies of our father land to completely eradicate this threat of insurgency and other criminal activities in our society.

“I wish to remind you that you are at a critical stage of transition to civilian life and would be facing challenges such as inadequate funds, the management of both mental and physical health, a new social status without the full immunity of the uniform, the problems of housing and indecisions to utilize your retirement benefits, as well as possible changes in the attitude of friends and family.”

While assuring them of government’s commitment to their welfare, the defence minister expressed President Muhammadu Buhari’s commitment to properly resettle service personnel after many years of meritorious service to the nation.

In his welcome remarks, the Commandant of NAFRC, Air Vice Marshal Mike Iloenyosi, who was retiring as well, admonished the retirees to conduct themselves as they transit into the civil society. “Having served in the military which is known as the cradle of discipline, a lot is expected of you. Therefore, you must prove your worth in the way you relate within the community where you reside,” he said.

According to him, for those of you that would go back homes, they should be interested and be involved in any security arrangements within your community.

AVM Iloenyosi expressed satisfaction while pointing out that during his tenure as the Commandant; he made modest transformation plans that would enable NAFRC train military officers, the Para-military, security and civilians.

As a way of strengthening the curriculum, he disclosed that plans are in to gear to introduce the idea of business coaching, an innovative system that would enable trainees receive top notch training, business coaching, counselling and guidance to minimize the possibility mitigating failures in business ventures.

The 2016 first batch of trainee was assembled in January for a 6-month intensive training in different skill acquisitions with 464 military personnel, with Nigerian Army producing 449 personnel, the Nigerian Navy two and the Nigerian Airforce 13 personnel, all non-commissioned officers.

Present at the passing out were the Chief of Defence Staff, (CDS) the Chief of Naval Staff, (CNS) the General Officer Commanding, (GOC) 81 Division, Nigerian Army, the Flag Officer Commanding, (FOC) Western Naval Command, all represented and the Commander, NNS Beecroft, Commodore Abraham Adaji and other senior serving and retired officers and family members of the retirees.

NAFRC has existed since 1945 after the World War 2 undergoing different transformation and name changes. It is a resettlement centre equipped with vocational trades and skills acquisition facilities for retiring members of the Nigerian Armed Forces.