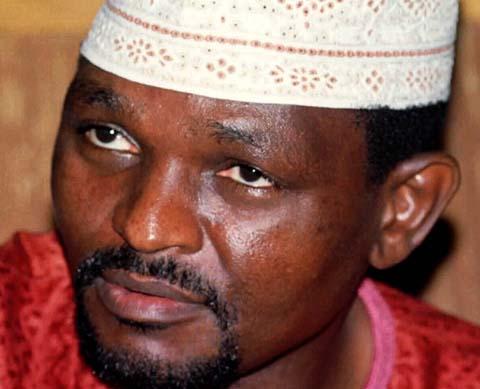 Share this on WhatsApp
Spread the love
Hafsat Abiola, daughter of late businessman M.K.O Abiola and his slain wife, Kudirat, has challenged retired Major Hamzat Al-Mustapha’s claim of innocence concerning her parents’ murder. Al-Mustapha had served as chief security officer to late Nigerian dictator General Sani Abacha. He was believed to be very powerful in the dreaded regime.
Hafsat’s statement read below: “The family of Alhaja Kudirat Abiola read the statements you made in Ondo State in the past week proclaiming your innocence in the assassination of Kudirat Abiola.
“It is worth recalling that you were convicted by the High Court in Lagos State. And although you were acquitted by the appeal court on technicalities, the case is before the Supreme Court. Your current rantings are designed to divert the course of justice.
“It should be noted in the context of your recent declaration of innocence that Sergeant Rogers confessed before the Oputa panel that you gave him the gun to carry out the murder of our mother. You never challenged the evidence of Rogers at the panel. The video of his confession is available on youtube, if you need to refresh your memory. “Justice is the only way to ensure peace, especially in plural societies like ours. Kudirat Abiola was gunned down in the streets of Lagos for doing no more than challenging military rule by demanding the release of her husband, the winner of the most democratic election ever held in Nigeria. She did not kill herself. For the sake of justice in Nigeria, the perpetrators of this heinous crime must be prosecuted. Actions must have consequences.”
Share this on WhatsApp