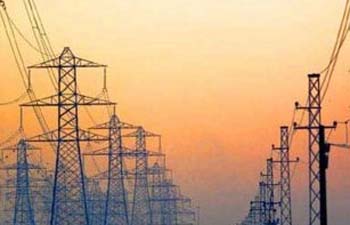 The Nigerian Association of Energy Economists, NAEE, has said despite statistics indicating that 45 percent of the country’s population is currently connected to the national grid; regular supply is still restricted to just about 25 percent of the population.

This is coming as the International Finance Corporation, IFC, said that constant regular power supply will ensure overall prosperity and development for Nigeria.

The National President, NAEE, Mr. WumiIledare, who stated this at the 2015 World Energy Day, said energy contributed greatly to the transformation of the world and provided comfort to the human race. He, however, noted that the association was concerned that majority of Nigerians do not have access to energy, stressing that for those with some form of access, availability and quality still remain major issues to contend with.

“Nigeria has vast and varied energy resources, both renewable and non-renewable resources. The nation is also the largest economy in Africa with a GDP (gross domestic product) of about $531.8 billion, according to the World Bank, yet the nation still faces serious energy poverty issues, with energy supply falling short of energy demand.

“It is estimated that the nation has as much as 90 percent deficiency in electricity supply while in off-grid areas where some 50 percent of Nigerians live, access to electricity is practically zero. Even in on-grid areas, power outages are still a recurrent theme and this has continued to pose serious constraints to economic development.

“There is obvious inequity in energy access based on levels of income, and location. Access is nearly 100 percent in developed countries, compared to 60 percent in the developing countries. In 2011 alone, the International Energy Agency (IEA) estimated that about 68 percent of the people in sub-Saharan Africa were without access to modern energy and 52 percent of Nigeria’s population falls into that category,” he said.

According to the NAEE President, some of the factors for this pitiable state of access to energy are endemic corruption, poor assets maintenance, and inadequate gas supply to thermal generation plants, transmission infrastructure, and inconsistent government policies.