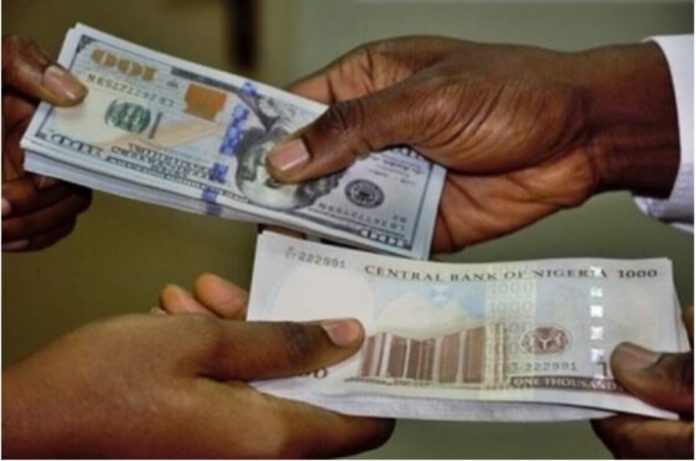 Share this on WhatsApp
Spread the love
naira has crashed by N6.97 to trade at N422.07 against the dollar at the Investor and Exporter Foreign Exchange Window.
The fall on represents 1.68 per cent depreciation from the N415.10 recorded the previous day.
On Tuesday, the currency closed at N413.50 against the dollar.
The current crash is the highest level that the naira has traded on the official channel this year. It had traded N419 against the dollar.
The rate of the Central Bank of Nigeria’s website also fell from N410.8 to N410.91 against the dollar.
Pressure has been on the Central Bank to allow market forces determine the value of the naira.
This is the position of multilateral lenders like the International Monetary Fund and the World Bank.
But expert have said that the country is too fragile to float the currency.
The Vice President of Nigeria has also advised the CBN to adopt a more realistic exchange rate that will attract inflows of investments.
With the development, the naira is gradually harmonizing with the black market rates of which is at N571 per dollar.
Share this on WhatsApp