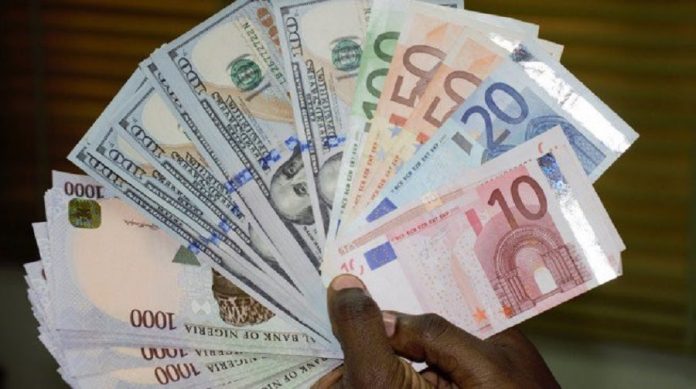 The naira, on Tuesday, weakened against the dollar to trade at N600 at the parallel market, representing 0.8 per cent drop compared to N595 a Dollar it traded last week.

Abubakar, a BDC operator in Ikorodu, said buying and selling prices stood at N595 and N600 per dollar.

The Naira has continued to weaken in the parallel market due to increasing demand, falling external reserves, and low foreign exchange inflows into the coffers of Africa’s biggest economy.

In the last three weeks, the country’s external reserves dropped by $700 million to $38.72 billion as at May 13, according to figures obtained from the Central Bank of Nigeria.

Experts have also linked the situation to politics, as they believe politicians are mopping up dollars for election primaries this month.

A parallel market (street/black market) is characterised by noncompliant behaviour with an institutional set of rules.

The Central Bank of Nigeria (CBN) has often maintained that the parallel market is not the true reflection of the naira.

Recently, the US Federal Reserve raised interest rates by a half-percentage point to battle the country’s worst inflation in 40 years.

In March, the Fed hiked its benchmark borrowing rate for the first time since late 2018, upping it by a quarter-percentage-point.

Analysts say the rate hike could significantly hurt emerging economies like Nigeria — increase the cost of foreign borrowing, force foreign investors to pull out their funds, and cause further depreciation of the naira.