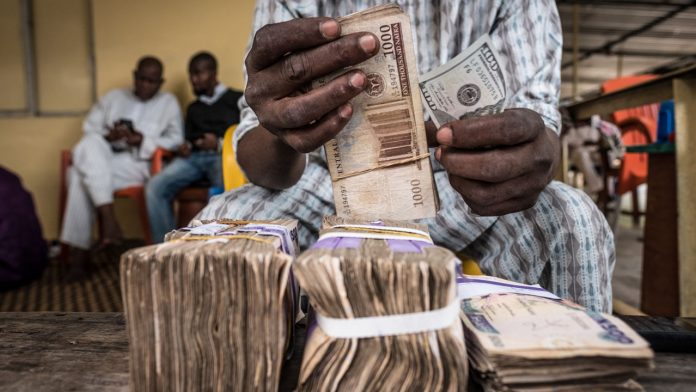 Naira started the week on a negative note, falling to its lowest level in over four months. The exchange rate lost ground against the US dollar at the I&E window on Monday, losing 60 basis points to close at N421.5 to a dollar

In the same vein, FX liquidity in the market tightened as only $70.68 million in FX value exchanged hands at the official channel, representing a 58.27% decrease compared to the $169.38 million traded in the previous trading session.

Also, the exchange rate against the US dollar depreciated by 0.334% on Tuesday morning at the peer-to-peer market, trading at a minimum of N600/$1 compared to N598/$1 recorded as of the same time the previous day.

A total of $70.68 million was traded in FX at the official Investors and Exporters window on Monday.

Meanwhile, the exchange rate at the parallel market remained stable at N590 to a dollar, although appreciated marginally by 0.17% from N591/$1 as of the previous trading session. This is according to information obtained from BDCs operating in Nigeria.

Nigeria’s external reserve also depreciated by 0.08% on Friday, 13th May 2022 to stand at $39.01 billion, compared to $39.04 billion recorded as of the previous day. The decline in the external reserve level can be attributed to the continuous intervention by the Central Bank in the FX market in order to ensure the stability of the local currency.