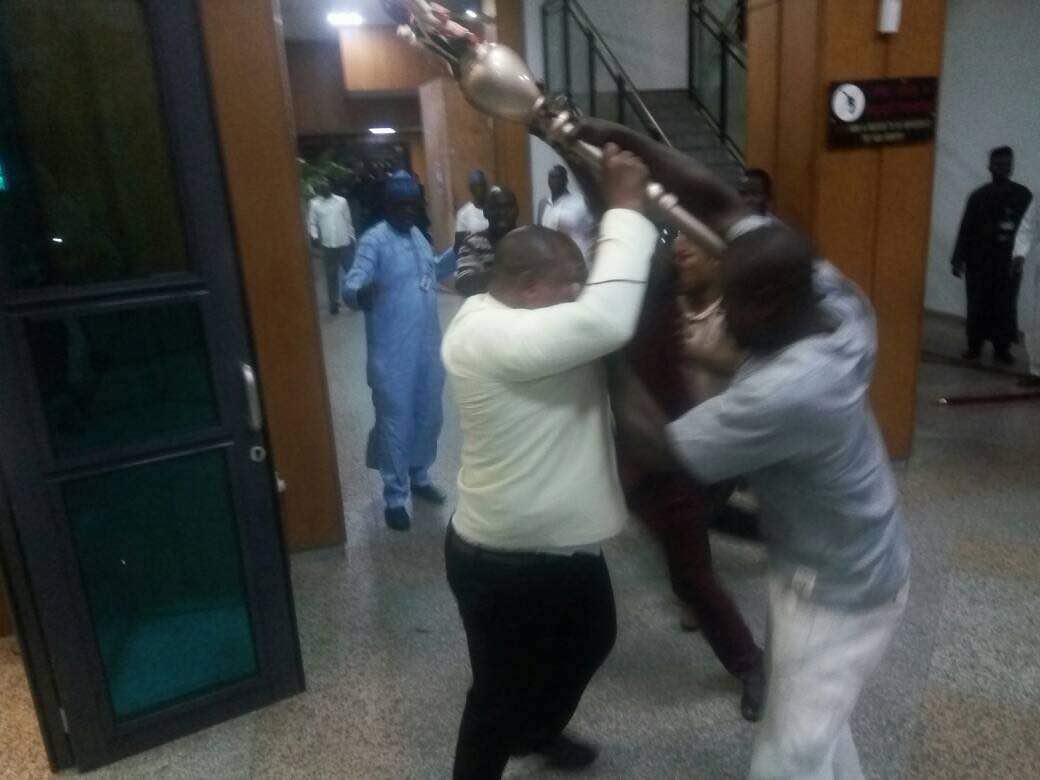 Members of the House of Representatives have massed into the Senate for a joint session following the seizure of the mace in the upper house at 11:35pm to express solidarity with the senators.

Deputy Speaker Yusuf Lasun, who led the Reps, stated that there would not be a democracy without a functional legislature.

The federal lawmakers have condemned the incident as an act of terrorism on an arm of government.

No fewer than 10 hefty men invaded the Senate plenary, and took away the mace.

The men were identified with suspended Sen. Ovie-Omo-Agege from Delta.

Mace Theft: Why Omo-Agege got police VIP treatment instead of arrest

Tension in Senate as thugs following pro-Buhari senator snatch, run off with mace