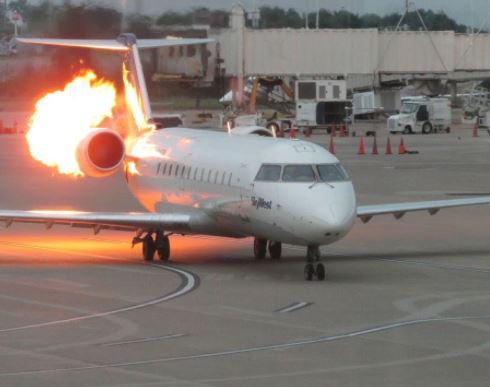 The Nigerian Civil Aviation Authority (NCAA) on Wednesday said it would investigate the emergency landing by an Atlanta-bound Delta Air Lines flight at the Murtala Muhammed International Airport, Lagos.

Adurogboye said that NCAA had been notified of the incident, stressing that it was the duty of regulatory authority to investigate such occurrences in order to ascertain what led to it.

He noted that the pilot acted in accordance with the Standard and Recommended Practices (SARPs) by making an air return immediately the left engine of the aircraft caught fire in-flight.

It will be recalled that the Delta Air Lines flight 55 which took off around 10:50 pm on Tuesday, made an air return less than an hour later due to an engine fault.

The pilot announced the evacuation of all the passengers on board within 90 seconds, after contacting the control towers when the left engine of the aircraft caught fire.

A statement signed by the United States carrier’s media consultant in Nigeria, Mr Tope Awe, on Wednesday, said the A330-200 had an issue with one of its two engines.

“The flight landed safely and customers exited the aircraft on the runway via emergency slides.

“Airport fire authorities met the aircraft upon arrival. Delta’s customers were bussed back to the terminal.

“Delta is aware of five customers reporting non-critical injuries as a result of the evacuation.

“Delta teams have provided overnight hotel accommodations to customers and will rebook customers on an alternate Delta aircraftWednesday afternoon.

“The safety of Delta’s customers and crew members is always our top priority,” Awe said.