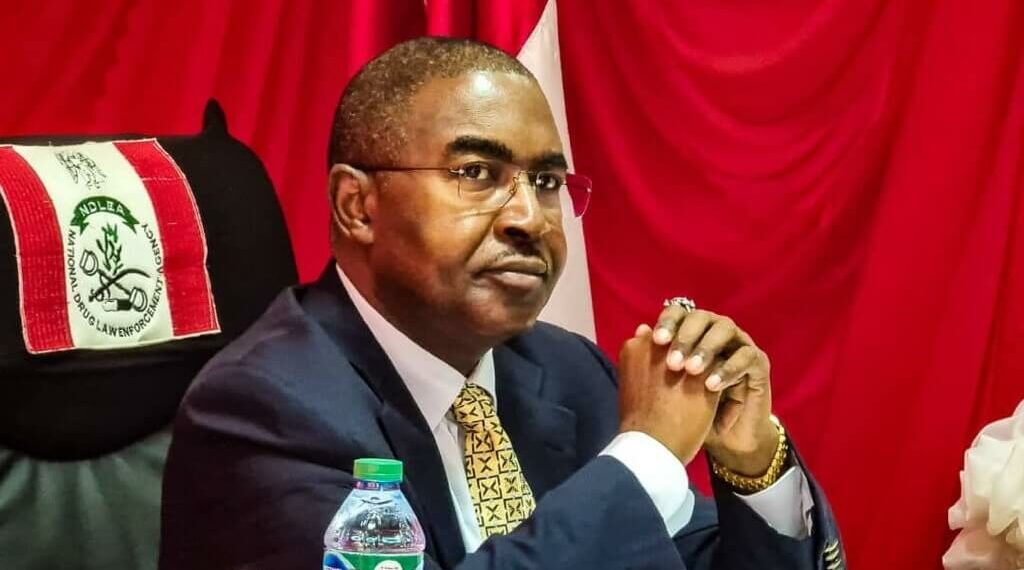 The National Drug and Law Enforcement Agency (NDLEA) has urged communities in the South East to expose those producing ‘’Mkpuru Mmiri”, a highly addictive stimulant that affects the central nervous system.

The Chairman of the agency, Mr Buba Marwa made the call while fielding questions from newsmen after the 2023 budget defence session at the House of Representatives on Thursday in Abuja.

The News Agency of Nigeria reports that ’Mkpuru Mmiri’ is a major narcotic substance largely abused by youths in eastern Nigeria.

Marwa recalled that when the issue of ‘’Mkpuru Mmiri” came up in 2021, he assured that the NDLEA would go after the producers and marketers.

“If your recall, we recently dismantled two laboratories, we are all out in areas where terrible substances are manufactured and we will continue to dismantle more.

“So far, the agency has dismantled 20 over the years; we want to ask communities also to stand up and be a part of this effort.

“Where such things are going on in their surroundings, they should report any suspected manufacturing laboratories that does not only produce ‘’Mkpuru Mmiri”, but any of the other substances,’’ he said.

Earlier at the hearing, Marwa said that the agency had made a huge difference in curtailing drug abuse and trafficking in Nigeria.

The chairman said that 5,452 million kilogrammes of drugs valued at N420 billion had been confiscated and 740 hectares of cannabis farms destroyed.

He expressed concern that Nigeria still has a drug prevalence of 14.4 per cent which is nearly three times the global average.

“We have about 15 million Nigerians who are using drugs which is equal to the population of Lesotho, Swaziland, Botswana, Gambia and Liberia all combined.

“We in the NDLEA wish to assure this esteemed committee that we are resolute and will remain upstanding in rising to the challenge of our mandate.

“It is to eliminate the cultivation, processing, manufacturing, sale, trafficking and use of illicit drugs and psychotropic substances,’’ he said.

Marwa said that the House Committee on Narcotics had demonstrated commitment to combat drug abuse in the country.

He said this was evident in its efforts to amend the NDLEA Act, enhance the agency’s budget, its support for compulsory drug testing and making NDLEA beneficiary of the Police Trust Fund.

Marwa said there was need to properly fund the agency and insulate its staff from the influence of drug barons.

On the 2022 budget, Marwa said that N38.9 billion was appropriated to the agency for its operations, out of which N10.49 billion was for personnel cost, N998.9 million for overhead and N27.44 billion as capital expenditure.

He said that major projects in the 2023 budget include building of barracks of which N13 billion was allocated, purchase of armoured vehicles for N2 billion and modern arms and ammunition.

The Chairman, House of Representatives Committee on Narcotics, Rep. Francis Agbo (PDP-Benue) said that the committee was satisfied with the work of the agency.

He said that drug traffickers now know that they will be arrested should they come to town or engage in pushing drugs.

Agbo said that when Nigerians commend security agencies in the fight against insecurity, they should also recognize NDLEA’s efforts to cut off the drug supplies responsible for terror in the country.

The committee chairman said that for Nigeria to survive, the fight against drug abuse and trafficking must be won.

The legislator said that the committee would ensure improved budgetary allocation for the agency to enable it discharge its mandate more effectively.

He called on the Federal Government to employ more personnel for the NDLEA, and improve its funding and equipment.

Share this on WhatsApp
Related Topics:NDLEAreportSouth-East communities“Mkpuru Mmiri” labs
Up Next