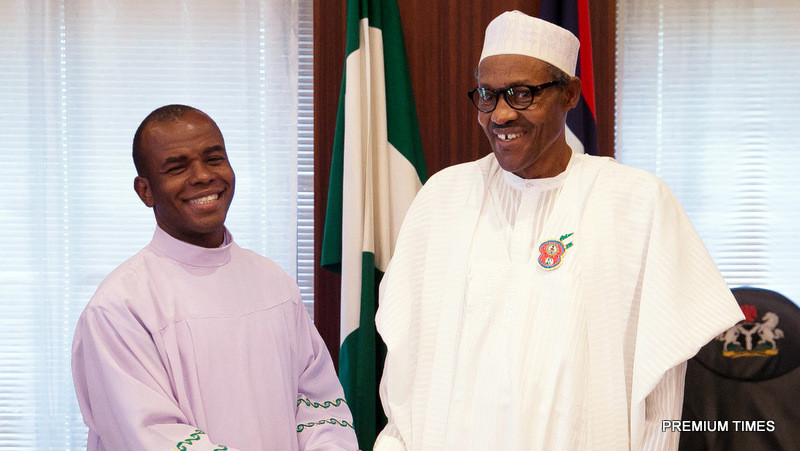 Spiritual director of Adoration Ministry Enugu, Nigeria (AMEN), Rev. Father Ejike Mbaka, has made an appeal to President Muhammadu Buhari to negotiate with the Igbos over the sit-at-home order by the Indigenous People of Biafra, IPOB, to push for the release of its leader, Nnamdi Kanu.

Mbaka made the appeal while addressing members at his Adoration ground in Enugu on Thursday, October 28.

He explained that Nigeria is sinking amid several issues in the east and the Buhari should negotiate with the people of the Southeast.

Mbaka also claimed that those around the President were telling him lies about the sit-at-home order by the Indigenous People of Biafra, IPOB.

“I am pleading with Mr President that there is still time for him to come out from his house, and stop believing in the report that they are giving him. Mr President is being fed with fake reports, mendacious reports.

“Mr President, you know I cannot tell you lies. The people around you have failed you. You might have done one or two good things. But what about the big ship, Nigeria, that is sinking.

“Invisible personnel will announce on social media that nobody should come out, and nobody will come out. No government office will be open. No bank, no market, no shop. Who are the people? These people must be powerful. Listen to them, let there be negotiation, and let us move forward.”