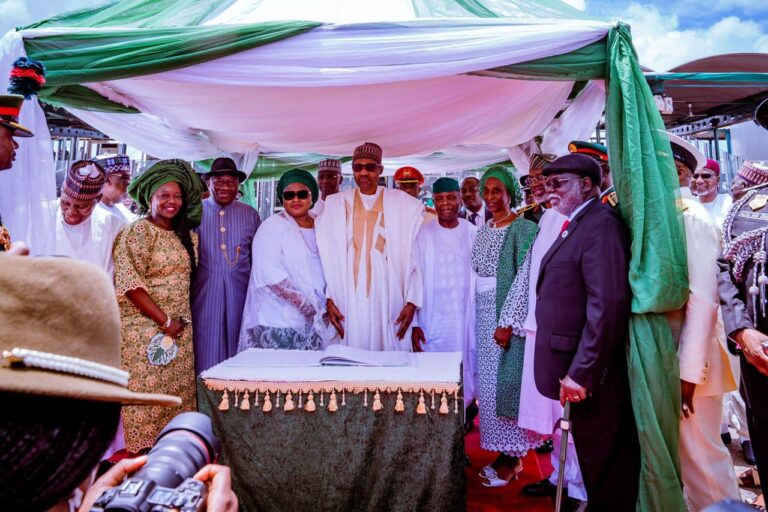 The event was marked with military drills and artistic performances.

Other participants at the anniversary at the Eagle Square  include the Chief Justice of Nigeria, Justice Olukayode Ariwoola; Secretary to the Government of the Federation, Boss Mustapha; the Head of the Civil Service of the Federation, Dr Folasade Yemi-Esan , cabinet ministers, service chiefs and other heads of security and intelligence agencies; members of the National Assembly; and members of the diplomatic corps..

President Buhari inspected the guards on parade, before proceeding to the VIP box to observe the parade processions.