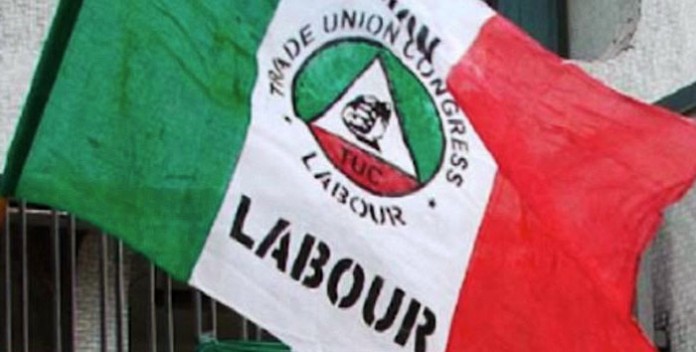 NIGERIA Labour Congress (NLC) in Lagos has expressed its worry over report by some people that it has shelved its planned industrial action against banks who sacked over 1000 staffs last month, saying the Union is still prepared to carry out its threat.

The NLC factional President in Lagos, Comrade Joe Ajaero distance his group from such statement, saying “we have not suspended our planned picketing of banks.”

And in statement by Comrade Ajaero and the General Secretary of National Union of Banks, Insurance and Financial Institutions Employees (NUBIFIE), Comrade Mohammed Sheikh, NLC noted unless sacked workers are recalled by banks, the planned picketing of the six banks will take place.

“Our attention has been drawn to the unfortunate news making round that the Nigeria Labour Congress (NLC) has shelved its planned industrial action against the banks that were involved in the illegal mass sack of workers and who have continued to enslave Nigerian workers with impunity. We want to state categorically that, we issued a 21-Day ultimatum to the Banks on the 7th day of this month and which came into force the next day the 8th vide a letter to the SGF, the Minister of Labour and all the affected Banks. This ultimatum expired, the 29th of June, 2016 making us compliant with the standard practice for engaging in Industrial action within the ambits of the Laws of the Federation.”

Ajaero stated that the affected banks were served the with notice of the 21-day ultimatum which expired on Wednesday, June 29, 2016. “We have since notified the Banks quietly of this in conjunction with our affiliate; the National Union of Banks, Insurance and Financial Institutions Employees (NUBIFIE) which represents the workers majority of who were affected in that callous and reprehensible action in the Banks and the Insurance Companies.

“We have therefore not called off any proposed action against the banks until the conditions we had set out are met which unfortunately is not the case though some of the Banks have entered into discussions with us. There was no time we had any discussions with NECA, the Ministry of Labour or any other group purporting to represent banks under any platform in relation to the planned picketing exercise. We find it invidious that a group of people will meet somewhere and pretend to represent workers in the Banking sector without the involvement of the Unions in the Sector. Is it possible to “shave a man’s head in his absence?”

He denounced the meeting, noting that the “purported meeting does not therefore represent workers in the sector and was not in our interests as we were not consulted neither did we participate in it. It does not serve the cause of workers when a group’s action seeks to undermine the collective resolve to salvage workers from the injustice of unilateral action of employers in the banking and Insurance sector as has been done in this case.

It was nothing but crass opportunism and self-serving for anybody or group to purportedly hold a meeting that was not at the instance of the sector Unions and were not infact represented in the so-called meeting and proceed to make public statement purportedly calling off the planned picketing. It is clearly laden with mischief.”

In addition, he stated that there was indeed no basis for the illusory call-off of the picketing as all the issues that necessitated the Picketing ultimatum in the first place are yet to be addressed. Industrial Relations disputes such as illegal mass sacks are not addressed in Summits but through established framework that governs the relationship of the social partners. It is after the impunity has been thoroughly addressed and resolved that a summit to map the way forward is now convened. For now, that has not been done.

“Our worry is that some individuals may already be on the path of colluding amongst themselves to seek to scuttle the genuine intentions of the NLC and the workers in the sector to wage a total struggle against the persistent anti-labour activities that have become prevalent in the Financial sector.

“We therefore label that news going round as anti-labour, anti-democracy and an attempt to create a framework for perpetual enslavement of workers in the Industry. An attempt that would fail as others before it have failed.

“Congress and NUBIFIE also see it as a divide and rule strategy by the Employers as championed by NECA and which some people have gullibly fallen into to maintain their existing strangle hold on Nigerian workers so as to continue and deepen their exploitation.

“The Nigeria Labour Congress (NLC) and its affiliate NUBIFIE reiterates that the Banks should not be deceived into believing that they have succeeded in scuttling our intended actions.

The Coming week shall bear great testimony as to the position of workers in the sector.” 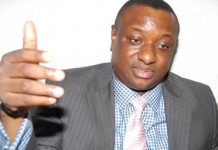 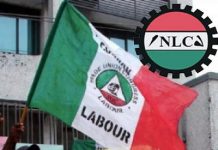 NLC to embark on 3-days warning strike in solidarity with unions, students