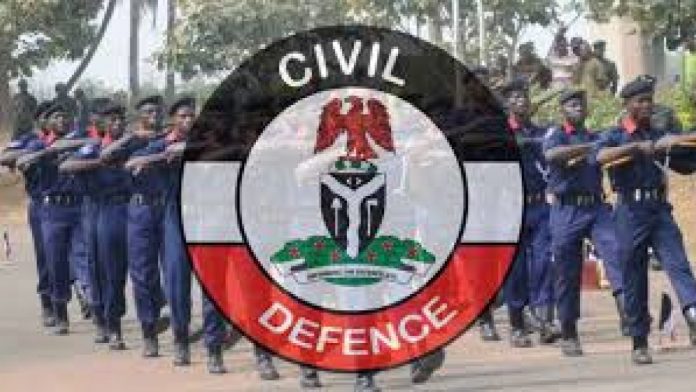 Nigerian Security Civil Defence Corps (NSCDC) has disclosed the arrest of a 29 years old man who defrauded a Germen lady of 10,000 euros on date site.

NSCDC disclosed that preliminary investigations revealed that the suspect allegedly met the Victim in August 2019 on a dating site LESARION.com where a supposed relationship was consumed; and from November 2019 till March 2020, he defrauded the victim of 10,000 Euros.

The statement indicated that the suspect has made a voluntary confessional statement to the NSCDC.
The agency stated that exhibits recovered from the suspect include transaction details of monies transferred  to him from the victim, a copy of purported letter allegedly written to the German Embassy, showing protesting his Visa Denial by the Embassy.

It stated that the case is under investigation, adding that the suspect would be handed over to the Economic and Financial Crimes Commission (EFCC) for further investigation and prosecution.