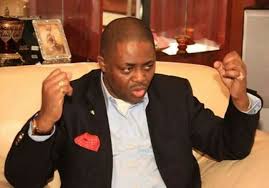 A former Minister of Aviation, Femi Fani-Kayode, has described the National Chairman of the All Progressives Congress (APC), Adams Oshiomhole as a formidable adversary and skillful fighter.

The outspoken ex-minister disclosed this on Friday while reacting to Friday’s disqualification of Edo State Governor, Godwin Obaseki, from the governorship primary of the All Progressives Congress (APC) by the screening panel, on his Twitter handle, Fani-Kayode,

He wrote: “One of the most important virtues in life is LOYALTY. Never bite the finger that fed you.

“Obaseki has learnt this lesson the hard way. I have known Oshiomhole for years. He is a formidable adversary, a skillful fighter and a tough cookie. Obaseki could never have outmaneuvered him.”

The governor was disqualified alongside two other aspirants by the panel which sat at the party’s National Secretariat in Abuja.

He was disqualified for alleged discrepancies in his names and certificates. 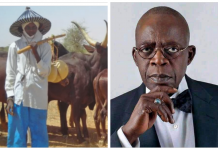