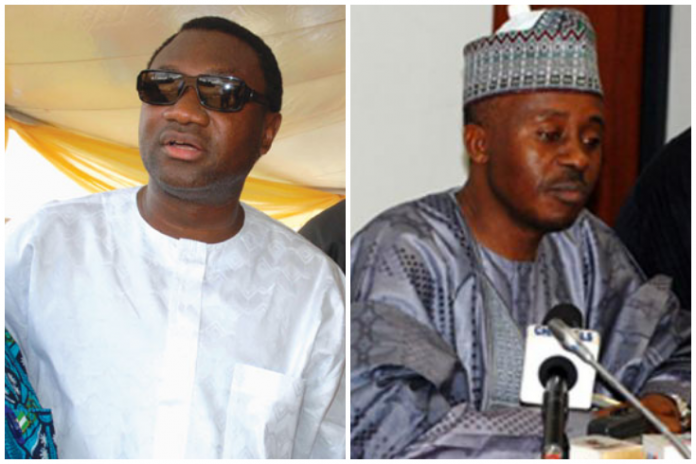 A High Court of the Federal Capital Territory (FCT) in Apo, Abuja has convicted former member of House of Representatives from Kano State, Farouk Lawan for receiving $500,000 bribe from a businessman, Femi Otedola.

Justice Angella Otaluka convicted Lawan on the three-count charge on which he was tried by the Independent Corrupt Practices and other related offences Commission (ICPC).

The judge sentenced him to seven years imprisonment in respect of counts one and two and five years on count three.

In February 2013, Lawan was charged with corruption after he allegedly accepted $500,000 from Femi Otedola, a Nigerian billionaire oil tycoon, as part of a $3 million bribe Lawan had solicited from Otedola.

READ ALSO: BREAKING: Uncertainty looms at Camp Nou as Barcelona may yet face another Messi’s drama

Otedola claimed that Lawan demanded the bribe in order to have his company, Zenon, removed from the list of companies that the committee had implicated in the scandal. The initial fuel subsidy report said that Zenon owed more than $1 million to the government, but legislators later voted to remove the firm from the final report.

Lawan said that he accepted the money in order to expose blackmail and informed the committee and Economic and Financial Crimes Commission (EFCC) about it.

In January 2012, Lawan chaired the House of Representatives committee that investigated the Nigerian government’s fuel subsidies.The committee was set up in the wake of nationwide strikes in Nigeria after President Goodluck Jonathan removed a fuel subsidy.

This resulted in the increase in price of fuel. The Committee’s report released in April the same year revealed a huge scam in which Nigerian fuel companies were being paid hundreds of millions of dollars in subsidies by the government for fuel that was never delivered. It was estimated the scam cost the country $6.8 million.