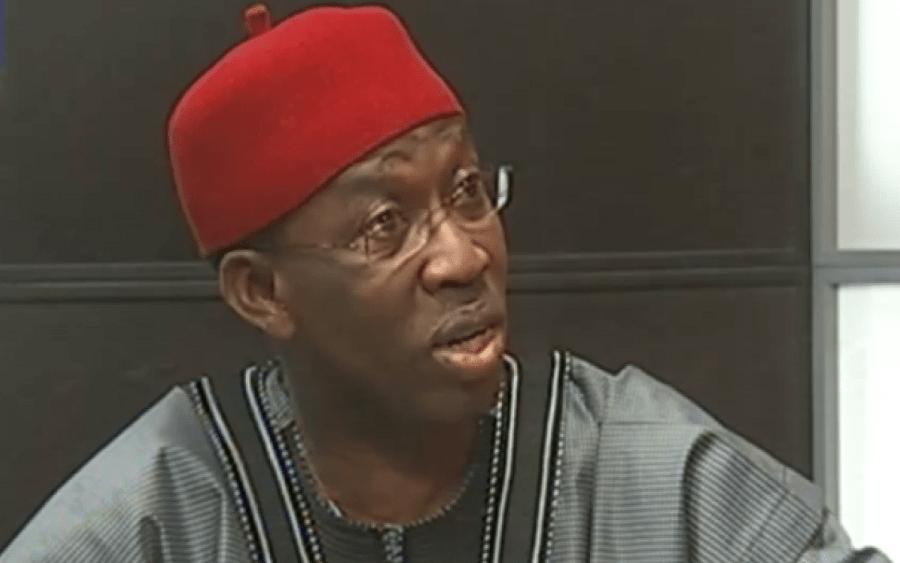 Governor Ifeanyi Okowa of Delta State has urged Nigerians to always put their trust in God in order to enjoy all round success.

Governor Okowa at the 60th birth anniversary thanksgiving service for Evangelist Mrs. Ngozi Bamah at Saint James’ Anglican Church, Boji-Boji, Agbor, on Sunday, said  that those who put their trust in the Lord can never be disappointed in life, adding that it is possible to work for God and be successful in life.

He described the celebrant as a role model who worked and attained the position of Permanent Secretary in the state’s public service and congratulated her.

“On behalf of my family, the government and people of Delta, I want to congratulate Evangelist Mrs Ngozi Bamah on the occasion of her 60th birth anniversary.

“She has been a very close friend of ours both in the teaching profession and in the evangelism for Christ.

“She has dedicated her life to the service of God and her life is indeed an epistle unto all men.

“She worked well with God and in the public service of Delta State and did many things to improve the lives of the downtrodden, especially in her charity works.

“She chaired the Committee for the building of this church and today she is launching her book and dedicating the proceeds to the church.” Okowa said.

Bishop of Ika Diocese, Anglican Communion, Rt. Rev’d Godfrey Ekpenisi, in a message titled “Jesus reigns in sovereignty”, said God indeed reigns supreme in power and authority, adding that there are powers, but God is all powerful.

He described the celebrant as an epitome of humility, godliness with contentment, servant hood, wisdom, and simplicity.

He commended her for the immense impact she made to the Anglican Communion in Ika Nation and prayed for God’s continued blessings upon her in the many years ahead of her.

“Today we are gathered here to celebrate a woman of God whom God has blessed with good virtues.

“We thank God for the years of service to her father land where she rose through the ranks to become a Permanent Secretary in the Delta State Civil Service.

“You have lived your life with joy and contentment and for coming to thank God today, the Lord will satisfy you with long life,” the cleric stated.

The thanksgiving service also featured the presentation of a book titled “Fulfilling your makers’ purpose in seven steps” written by the celebrant.