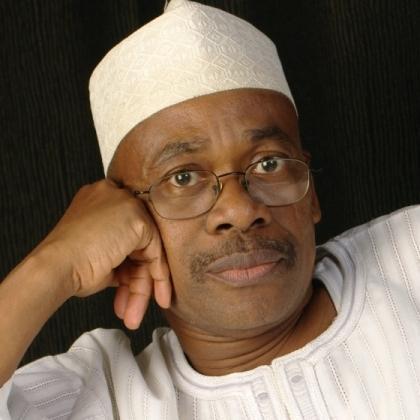 Share this on WhatsApp
Spread the love
A former president of the Association of Telecoms Companies of Nigeria has described as psycho-drama the agitation by prominent activists condemning the proposed NGO Regulatory Commission Bill currently on the floor of the House of Reps.
According to him, the fuss created by the anti-NGO Bill crusaders is a bandwagon effect of opinions some privileged persons traded by taking advantage of  illiteracy and inability of a large number of Nigerians to read documents by themselves.
“They thereby use sentiments of religion, tribe and class to sell dummies to the masses,” he wrote in an opinion published on his website during the week.
His original concern was about his association which he feared the lawmakers subsumed under Part VII of the draft—Miscellaneous Provisions.
“In spirit and in words of the draft Bill, the Association is not a candidate for registration by the intended Non-governmental Organisations Regulatory Commission,” he said.
Using the logic—that certain keywords like spiritual professional, cultural are missing in the draft—he argued that churches and mosques, community or professional associations do not come under the purview of the intended regulatory commission whose bill he believes is about accountability and national interest.
He described as mischievous the recent viral video of a law scholar and professor denouncing the draft bill as anti-religious and tribalistic.
In the video, Prof, Chidi Odinkalu, former chairman of the National Human Rights Commission, called the bill “the most dangerous piece of legislation to have come to the NASS since 1999”,and asked Nigerians to oppose it.
“These are mere exaggerations,” Omo-Ettu said. “I expect the professor to do better than drawing ignorant masses to a battle they know nothing about.”
The engineer said he has participated in canvassing argument against some intended legislation for use in his industry, and after technical presentations, the legislators bow to the professional opinions. And some of such bills never go far.
ALSO SEE: NGO Regulation Bill: SERAP, Odinkalu’s video rattle House Of Reps
He said Odinkalu sounded like merely playing transferred aggression—like he might have other issues or motives that made him a self-made opposition to governance of the day.
“The professor’s method is, therefore, at best, unfair. He is merely taking advantage of Nigerians gullibility especially knowing that many Nigerians cannot read and those who can read do not read,” he said.
The telecom consultant also tackled Kaduna Senator Shehu Sani who called a press conference to announce his intention to oppose the bill when it gets to the Senate.
Omo-Ettu said all that was theatrics.
“When did it become normal that a legislator who wants to ‘kill’ a bill first makes public his desire to do so through a press release? For God’s sake go ahead to ‘kill’ and stop boasting,” he said.
To the former ATCON president, the bill, not perfect though, is an albatross around the necks of certain NGOs serving foreign interests in Nigeria, and they will do their hardest to oppose such legislation.
“I see the objective of the bill as salutary to the extent that it is asking that NGOs be accountable and to forestall Nigeria being vulnerable to ulterior machination of external forces that can destabilise our country through the use of poor but pampered NGOs,” he said.
He however doubted the draft Bill has prepared genuine ground for meeting such laudable objective in concrete terms.
According to him, a legislation that means well but poorly drafted should only be reworked and improved through the genuine process of wider consultation and public participation in law making.
Share this on WhatsApp
Related Topics:Association of Telecoms Companies of NigeriaChidi OdinkaluNational AssemblyNational Human Rights CommissionNGO Regulatory Commission BillOmo-EttuProf
Up Next