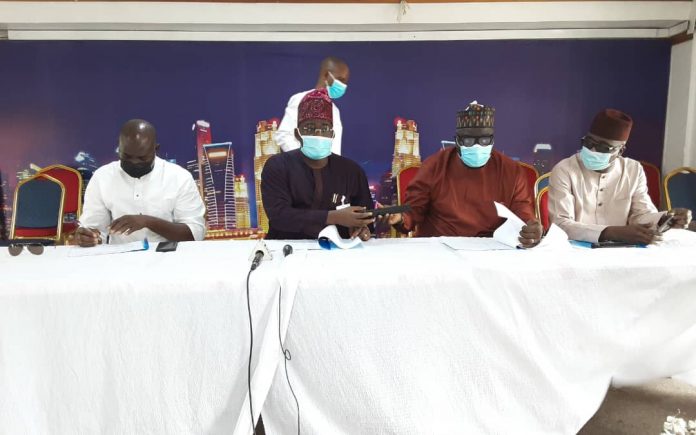 Share this on WhatsApp
Spread the love
The House Committee On Local Government and Community Development of the Lagos state House of Assembly, has commended the Executive Chairmen of Surulere local government, Mr Tajudeen Ajide, Coker/Aguda LCDA, Alhaja Omobolanle Akinyemi-OBE and Itire/Ikate LCDA, Mr Ahmed Apatira, on infrastructural development in their councils.
The committee made the commendation while on oversight tour to Surulere, Coker/Aguda and Itire/Ikate local governments on Thursday.
After inspecting the various projects executed by the Council Chairmen, the Chairman of the House Committee, Hon. Abdulsobur Olawale, said that the committee was surprised with the high level of developmental projects and its quality, saying that the committee noticed a symbiotic relationship between the councils executives and their councillors.
Olawale said that the committee was pleased with how the welfare packages of the councillors were structured, adding that there was a smooth relationship between the labour union and the chairmen of the councils.
He added ” In every local government, Labour is the engine room. They are the one who ensure the smooth running of the local government and what we met was very encouraging.
” Lastly, the various projects we inspected were well structured and of quality. We inspected roads constructed at Surulere LGA. At Coker/Aguda, we visited the vocational centre and in Itire/Ikate, we visited Ikale street. By and large, it was a good experience”.
Speaking separately with journalists, the Council Chairmen, said that the oversight tour would put them on their toes to do more for the people in their local governments, adding that it let them know that every money spent on projects would be accounted for.
In his comments, the Chairman of Itire/Ikate LCDA, Mr Ahmed Apatira, said that the tour would make council chairmen to do the right thing and to correct where there were mistakes, adding ” It is to put us on our toes. It also let us know that public fund is not something you can just deep your hands into, you have to be accountable for  whatever you use the fund for”.
The Chairperson of Coker/Aguda LCDA, Alhaja Omobolanle Akinyemi-Obe, said that the visit was insightful and that the committee was particular about ensuring socio-welfare was provided to the staff and the councillors.
Akinyemi-Obe said that it was an eye opener for council chairmen in the state to know where they had erred, saying ” Nobody is an island of knowledge “.
Also, the Executive Chairman of Surulere local government, Mr Tajudeen Ajide, said that it was good that the committee was on the tour to know local governments that were performing, assuring that the primary health centre he was building would be completed by April.
Share this on WhatsApp