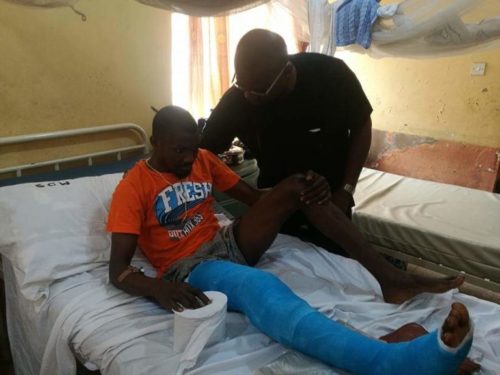 The target of the Ozubulu massacre, High Chief Aloysius Ikegwuonu, a.k.a Bishop, has paid a surprise visit to victims in the hospital and some family members whose relations were killed.

National Daily gathered that during the visit, he made undisclosed cash donation to the victims while sympathising with them for the unfortunate incident.

National Daily recalls that gunman, had on August 6 shot and killed 13 people and injured several others during a church service at St. Philip’s Catholic Church, Ozubulu, Anambra state.

ALSO SEE: Meet ‘Bishop’ believed to be the target of Anambra shooting

The massacre threw the entire nation into mourning as investigation has commenced in a killing that allegedly began in South Africa following drug war that emanated between two friends.

Aloysius Ikegwuonu, is the founder of Ebubechukwu Uzo Foundation. He lost his father in the brutal attack. 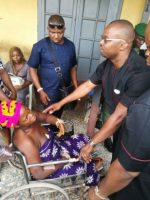 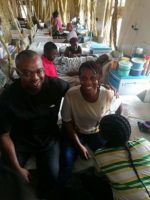