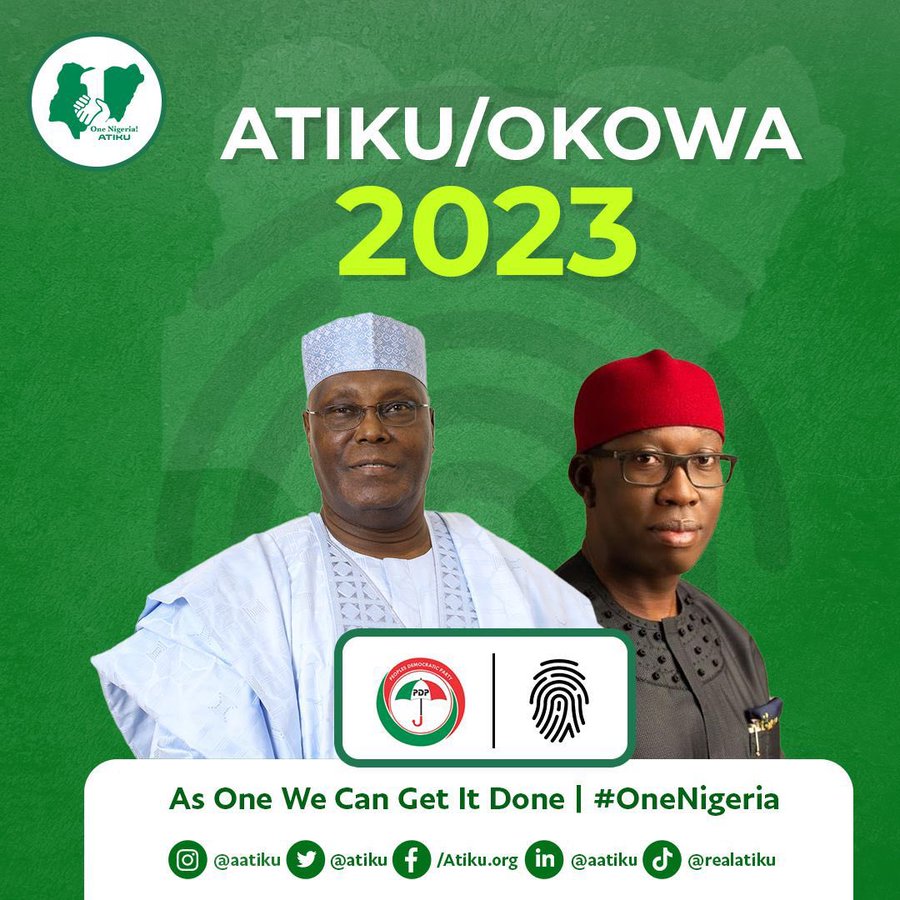 The sub-regional group in the Niger Delta (PANDEF), and the Middle Belt Forum  (MBF), have launched caustic attack on Governor Ifeanyi Okowa of Delta State for accepting to be the vice presidential candidate to former Vice President Atiku Abubakar, presidential candidate of the Peoples Democratic Party (PDP). 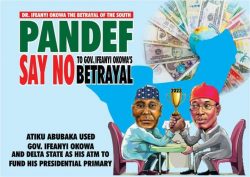 The group in its anti-Okowa campaign, declared: “PANDEF, Say No to Gov. Ifeanyi Okowa’s Betrayal”. PANDEF further alleged that “Atiklu Abubakar used Gov. Ifeanyi Okowa and Delta State as his ATM to fund his presidential primary.”
furthermore., the President of the Middle Belt Forum  (MBF), Dr. Bitrus Pogu, also berated Governor Okowa for  perceived betrayal of the Southern Region for his “selfish interest.”

Pogu, speaking on Arise TV, was of the view that Okowa worked against the South in the presidential primary of the PDP at the National Convention, won by Atiku Abubakar, to become the PDP presidential candidate.

the MBF president attributed the crisis in the PDP to Okowa, saying the Delta governor mobilized the delegates from his state to vote for a northern presidential aspirant.

Pogu protested that Southern governors held a meeting in Asaba, Delta State, at the Government House of the current PDP Vice Presidential candidate where they issued a communique read by the host governor.
According to Pogu, “In the presentation of the communique, he read and said that the southern governors, irrespective of political parties, demand the presidency should go to the south. That all of them should not, therefore, not accept to be running mate to any northern candidate.”
the MBF President maintained: “Now, the funny thing is that the Governor of Delta, in whose place this meeting was held and who read the communique, first of all, not only betrayed the South by ensuring that his delegates cast votes for a northern candidate, but he also grabbed the position of vice president. This is double jeopardy.”