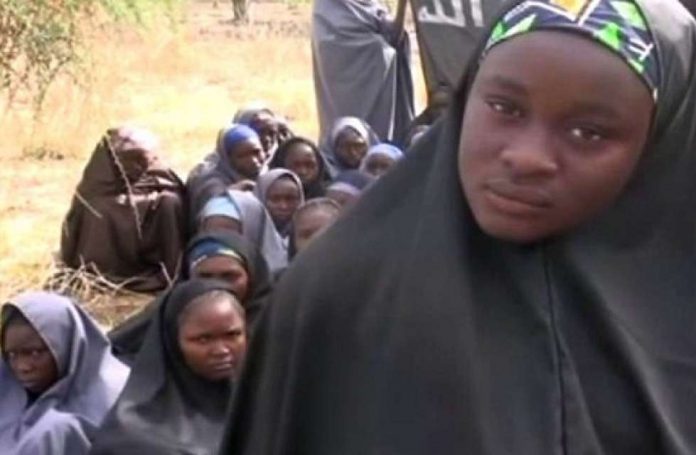 Seven years after their children were violently kidnapped from their hostels in Government Girls Secondary School Chibok in Borno State, parents of the remaining 112 girls are becoming increasingly disturbed that the promises made by President Buhari to negotiate the release of the girls has not been fulfilled four years after the deal that freed a total of 103 girls.

Since the abduction of the girls by the Boko Haram insurgents loyal to Abubakar Shekau on April 14, 2014, some of the parents have died of natural causes and others due to depression.

Those still alive said they were optimistic their daughters were alive and called on the federal government to rescue them.

By April 14, 2016, two years after the mass abduction, the Chibok Parents Association had already lost 17 members most of whom died in circumstances related to depression after waiting without seeing their missing daughters or any tangible news about them.

One of the parents, Bulama Jonah, whose 18-year-old daughter, Amina, was among the abducted Chibok girls prayed to live and see the return of his daughter, lamenting that it was tragic for parents to die without seeing their children.

According to him, 17 parents had died since the incident and many others were sick. He, therefore, appealed to the President Muhammadu Buhari administration to do more in its efforts to defeat Boko Haram and rescue their children.

Musa, whose daughter was 18-year-old at the time of the abduction said life had never been the same.

“It is always better for children to bury their parents and not the other way round. Sadly, our predicament is worse because we are not even sure if our daughters are alive. Assuming we saw their dead bodies and buried them, we would have carried on with our lives.

In May 2016, a year after President Jonathan’s defeat, President Buhari celebrated the escape of Amina Ali, the first Chibok girl to test the air of freedom from those taken deep into the Sambisa Forest.

She came with first hand, credible information about the Chibok girls in captivity thought by many to have died on a suicide mission or sold and ferried across the Sahara.

In November 2016, the second girl, Maryam Ali Mayanga escaped with her Boko Haram husband and their baby boy, Ali, from the heart of Sambisa Forest to a military base in Fulka on the fringes of the forest.

In a major breakthrough in the Chibok hostage crisis, the Buhari administration secured the release of a total of 103 girls in two batches through negotiation mediated by a Maiduguri based lawyer, Zannah Mustapha, the Swiss government and some international organisations.

The first batch of 21 girls were released in October 2016 and then 82 more in 2017 reportedly in exchange for five Boko Haram high commanders and a huge sum of money.

The rescue of Rakiya Abubakar who also escaped with her Boko Haram husband in January 2017, and found by Nigerian troops around Alagarno in Borno State, and the subsequent rescue of Salome Pogu, in January 2018, put the number of freed girls at 107.

The return of roughly half of their stolen daughters brought joy to their families and hope to families of the remaining 112 girls still in captivity.

When contacted, the secretary Chibok Parents Association, Lawan Zannah urged the federal government to keep its promise and ensure release of the remaining 112 girls still in Boko Haram captivity, saying parents could not describe the pain they endured in the last seven years.

He believed that the government had been fair to the freed girls by sponsoring their education and upkeep at the AUN to prepare them for the final O level examination, which would qualify them for admission into the undergraduate programme, saying the issue now was the fate of 112 girls who remained in the forest.