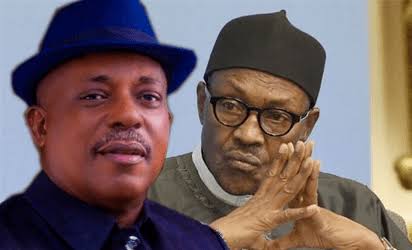 The National Chairman of the Peoples Democratic Party (PDP), Prince Uche Secondus, on Friday chided President Muhammadu Buhari and the ruling All Progressives Congress (APC), lampooning the administration of five years of “waste and a road that ought not to be taken.”

Secondus in a statement on Friday, decried that in the last five years, all negative indexes in the country’s socio-political and economic life as a nation were activated.

The PDP National Chairman remarked that the global international community stood in salute for Nigeria in 2015 for the great feat recorded in development of democracy but rather than progress from it, the nation under the watch of the APC has continued to go in retrogression.

The PDP scored President Buhari low in the key areas of security, corruption, threats on democratic institutions, unity of the country and economic development, he lamented that these are areas the Buhari administration had hinged its promises to Nigerians.