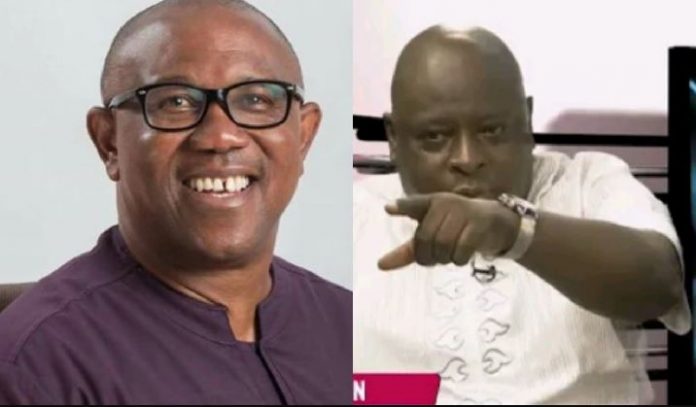 Popular Nigerian broadcaster and multiple awards winning journalist, Babajide Otitoju has described the supports the presidential candidate of the Labour party is enjoying at the moment as a movement.

Speaking during yesterday’s edition of Issues With Jide on TVC YouTube channel, Babajide said he completely agree with the comments that was credited to Governor of Edo state concerning Peter Obi’s popularity.

According to Babajide, Young people in Nigeria are trusting Obi to deliver more than any other politician.

Hear him “I agree with what the governor of Edo state said that in every home, you are likely to see Peter Obi supporters that call themselves “Obidient”.

Peter Obi has grown to be a movement whether we like it or not. I may not be his supporter or approve of his method but we have to agree that Peter Obi is already a movement in our country. The young people appear to trust him. This is just young people expressing their anger in their own way. As far as this young people are concerned it is Peter Obi or no body else. ” Babajide Otitoju stated.