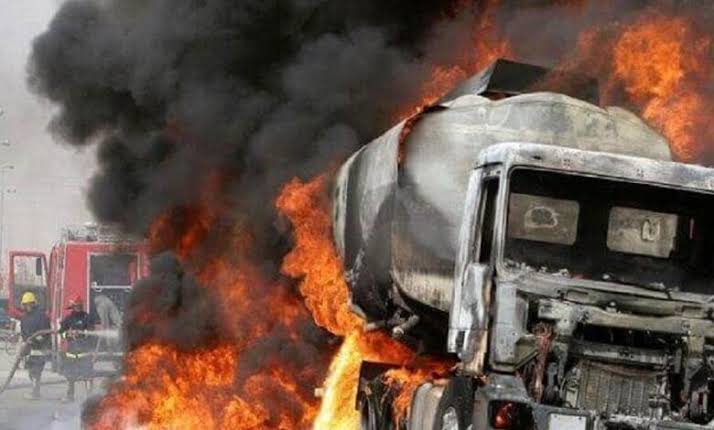 A petrol tanker conveying Premium Motor Spirit (PMS) known as petrol, spilled some quantities of petrol along the road which precipitated the inferno that led to the death of five persons at the scene on Tuesday night. The inferno that killed the five persons occurred at Ogere, Ogun State, axis of the Lagos/Ibadan expressway.

The Public Relations Officer of the Federal Roads Safety Corps (FRSC) of the Ogun Sector Command, Florence Okpe, acknowledging the deaths, noted that the accident was caused by dangerous driving. She said that the petrol spilled by the tanker spread to vehicles parked within the vicinity, which were subsequently burnt when the explosion occurred. She disclosed that five vehicles were involved in the accident, adding that five dead bodies were brought out of a crashed truck. The corpses were said to have been deposited at the morgue of a hospital.

Florence Okpe had highlighted: “The spill affected some other vehicles parked at the hard shoulder of the road.

“Five victims were recovered from one of the crashed trucks and have been deposited at FOS Morgue Ipara, Ogun State.”

Nigerian woman detained by Delhi Police with her toddlers cries out