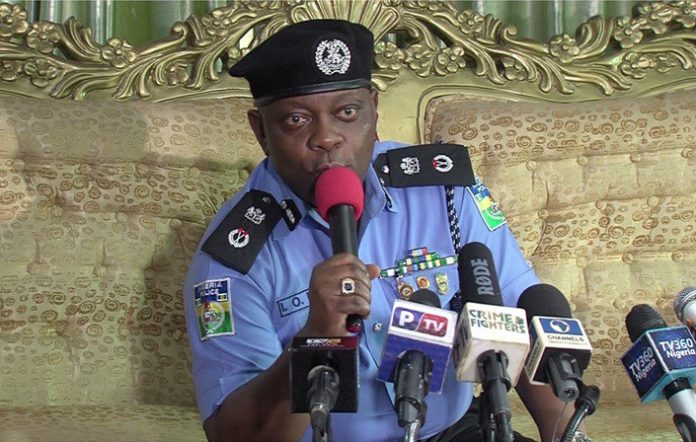 The Lagos State Police Command on Sunday revealed  that five  of the 92 policemen tried for various offenses in the first half of the year have been dismissed from service
The Command’s spokesman, SP Child Oti, in a statement, indicated that three of the five dismissed policemen were tried in connection with the Ojota incident where policemen reportedly tear-gassed a man.

The statement read; “The Commissioner of Police, CP Imohimi Edgal, has dismissed  three police men, comprising an inspector and two sergeants, who were alleged to have sprayed tear-gas on Mr Ademuwagun Temitope Solomon which provoked severe asthmatic crisis in him.

The statement highlighted that they were tried in an orderly room which commenced on Saturday and were found guilty as charged.

“They were, therefore, dismissed and de-kitted accordingly. However, the dismissal proceeding of Inspector Momoh Sulaiman has been forwarded to the Assistant Inspector General of Police, Zone Two for approval.

“Similarly, the command wishes to use this medium to release its half year disciplinary record for the period spanning from January to June, 2018.

“The officers were tried in a properly constituted orderly room and were found guilty of various offenses against discipline which earned them appropriate punishments, depending on the charges against them.

“The Commissioner of Police said that this would serve as a deterrent to other police men wishing to toe the path of infamy; that the Nigeria Police under the watch of the Inspector General of Police, have no room for them.

“He warned all serving police officers to be professional at all times in the discharge of their duties and shun corrupt practices,” Oti declared in the statement.