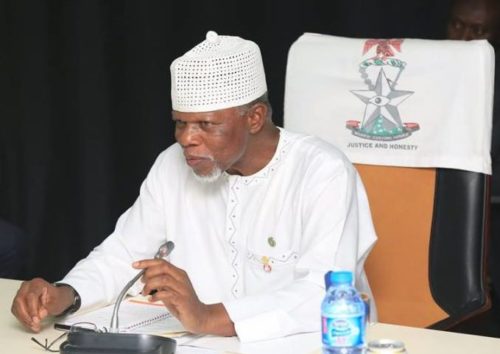 What is the Federal Government doing to improve the poor prevailing ills currently plaguing the nation’s seaports in the country? Recently, a team from the International Monetary Fund (IMF), visited the nation’s ports and were shocked to discover the absence of National Single Window Platform, absence of scanning machines for customs operations as well as poor logistics and road infrastructure as the bane of the Nigerian ports.

IMF Mission Chief and Senior Representative for Nigerian African Department, Mr. Amine Mati personally observed and stated this recently when their team visited Nigeria as part of compilation and publication of the IMF Economic Outlook Review for 2020.

The team visibly saw the port congestion caused by the Nigeria Customs preference of physical checking of consignment instead of the use of scanners. In addition, the team also noted that the clearance time still remains challenging and stressed that they were particularly shocked to observe the absence of scanners and national single window which they stressed to be very important to accelerate the process in port facilitation.

The team observed that the port as an important aspect of Nigerian economy, is challenging as the stakeholders and agencies recognized some of the challenges  like the scanners, the Single Window clearance process and advised that all these needs to be accelerated so that goods can be discharged quickly.

According to the panel, “This is part of our field visit, we carry out annual check-up of the economy to determine the performance and challenges, we are also meeting with the government, private sectors and so on. Our report would be published after March 30th,” he said.

Welcoming the IMF team to Nigeria, Barrister Hassan Bello observed that the IMF Economic Outlook review is very important to Nigeria, especially now that the country is facing economic challenges for diversification of source of revenue.

Expatiating further, Bello described Nigerian pots as major port in North and Central African Sub-region and it is the largest economy in Africa as the Nigerian Ports attracts 40-60 per cent of all the cargo in the sub-region.

The Nation Economic Regulation however, lamented that twelve years after the ports were concessioned to private operators, there is still lack of efficiency at the ports.

The nation’s economic regulator, however, expressed optimism that the Nigerian Shippers Council is determined to work with the Shipping companies to reduce the cost of about 30 per cent and that both parties will soon go into an agreement.

It should be put on record that where scanners were made available, the Nigeria Customs choose to prefer physical examination because they do not have confidence in the scanning process.

Bello declared: “We are trying to build first of all, a Port Community System so that we will have operational synergy and then of course National Single Window which is the simplification of all processes, we need to be open and transparent, we have to reduce the corruption at the ports and we need to automate the ports for faster clearance of cargoes.”

Hassan Bello, the Port Economic Regulator also revealed that “What we are doing now is about 18-20days cargo dwell time, stressing that “we want to reduce it to 7. The ship-turn-around time also is 4-1, we want to reduce it further, we want to attract more cargoes, not only for imports but also for exports and that is the whole issue.”

As the IMF team are already in Nigeria, Bello was forced to expose to them the inefficiency in our ports. He declared: “Then ports are private sector driven, haven been concessioned about 12 years back to the private sector, because we believe that the private sector should lead. However, there are logistics problems, one of which is infrastructure.”

In most of the terminals, Customs abandoned thousands of overtime containers at the nation’s terminals.

For example, the General Manager PTML Limited, a terminal in Tin Can Island Ports, Mr. Tunde Keshinro once raised alarm over the abandonment of about 2,000 overtime containers in the terminal by the Nigerian customs service.

Specifically, Keshiro told the visiting IMF team led by Mr. Amine Mati, Chief Mission, Senior Representative for Nigeria Africa Departments that the containers were occupying 30 per cent of the spaces in the terminal. He gave an estimated of about 2000 containers to be in their terminal and that the clearing agents do not come fir delivery processes. Mr. Keshinro said that even though the offices are open as early as 8am, activities do not pick up till 12 noon and pm.

Most of the nation’s ports were littered with overtime cargoes and the Managing Director of the Nigerian Ports Authority, Hadiza Bala-Usman initiated so many moves before the Almighty Customs boss adhered to her call to find solutions to the overnight cargoes that littered the nation’s ports. 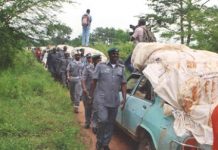